Flash memory cards are small storage devices that are used to store the data backups such as text, pictures, audio, and video, They are more compact and portable than CDs or DVDs, and they can hold more data than a CD, many gigabytes.

Flash Memory Cards are reliable as they have not moving parts (unlike a hard disk), They are easily branded on their cover to reflect the organization, and they are not affected by the magnetic fields (unlike magnetic tape).

Memory cards have non-volatile memory that keeps the data stable on the card, The Data on them are not threatened by loss of power source, and they do not need to be periodically refreshed.

Memory cards are solid-state media, They are free from mechanical difficulties or damages, They are small, light, and compact with high storage capacity, and they require less amount of power. 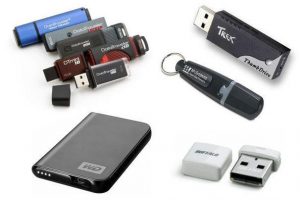 Memory cards are highly portable, They can be used in small, lightweight, and low-power devices easily, They do not produce any noise while working, and they allow more immediate access.

Memory cards come in all sorts of sizes, 64GB SD cards are the most common one, They have relatively large storage space, They can be used in the memory card slot on different devices easily, and they are easily removable.

Memory cards are used in different devices such as cameras, computers, or mobile phones, They are easy to keep track of, and you can use the larger card for cost-effectiveness.

Data backups is an important task, If a business fails to back up the information, You could lose work, waste the company money and let down the clients and the customers as well, It is very important to keep data backups to avoid something crucial from missing.

Memory cards come in several sizes and formats, They store the digital information on a device with no moving parts, They can store the information from a computer or an external device.

Flash memory cards are generally more expensive than magnetic hard drive storages, They are becoming more competitive and they offer some distinct advantages.

Memory Cards can break easily, They can be lost, misplaced or smashed easily, They can be affected by electronic corruption, and they make the entire card unreadable, They are more expensive than CD or DVD, The metal part can be snapped off or damaged if they are handled roughly.

Flash Memory Cards have price and rewrite limitations, There is a finite number of information that can be erased and written to memory cards, That number is about 100,000 times that should not have much of an impact on the average user.

The power user might have to switch the memory cards a few times over the course of a lifetime, The heavy users can frequently upgrade to the newest model with more memory.