Rooting is the process that allows us to attain root access to the Android operating system code, It gives us the privileges to modify the software code on the device or install the other software that the manufacturers do not allow us to.

Rooting is the process in which the limitations are removed and full access is allowed, Once rooted , You will control many settings, features and performance of your phone , Rooting helps get to the root of the operating system, So , you can make the global changes.

Rooting can make you be the master of your Android phone , It helps you automate everything on your Android device , while the manufacturers don’t want the users to make modifications to the phones that could result in the accidents beyond repair for good mobile security reasons . 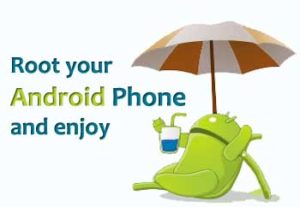 You can install custom ROMs or Kernel after rooting your device , So , you can have a new device, The kernel is the part of an operating system ( Android of course) that helps apps and whatever else needed to control the different hardware aspects of your Android device .

Extra features and a large variety of other goodies are included with custom ROMs , Custom ROMs can be installed and used even without rooting , You can remove Preinstalled Crapware , Rooting the device can make them removed easily that ensures the high running quality .

You can block pop-up ads in any Apps when playing games , The rooted device can remove this annoying ads immediately and you can install incompatible apps and you can keep the latest Android OS .

You can change skin for your Android , only 3 to 4 default skin on your device can be changed , But if you root your phone and install the new ROMs , you will enjoy the customized skins and the tweaked skins on your device .

You can boost your speed of Android device and the battery life , Some powerful apps such as Greenify can close the useless applications automatically that can effectively improve your device’s performance and Greenify needs root access .

You can make complete backups of your Android Phone or Tablet , The unrooted Android phone can backup some settings and apps of the device and Titanium can be used on the rooted device to give you the complete backup .

Tweaking is configuring and at the same time optimizing your device to give it the customized look/feel and better performance , Once your android device is rooted , you will access to the settings and the other things to allow this , such as customizing the keyboard layout and better multitasking .

You can install the whole new range of apps that earlier required rooted phone , You can remove different bloatware that came in with your device and you can customize your device easily.

You can enjoy Root Access / Super user access , Once your Android device is rooted , you now have access to different files/parts/sections of your device which previously should not have been available .

Rooting allows for more customizing and other things such as being able to remove the system apps , The system apps are stuck in there without uninstalling /removing them , It allows for apps which require the root access to be installed and run properly/better.

Blocking is very popular , Ads get in the way and get annoying pretty quick , Rooting allows the person to use the specific apps that are meant to block ads among the other things .

You can remove Pre-Installed Apps, There are many cases where the manufacturers and the carriers will install apps that you wouldn’t want , You can’t uninstall/remove them , Rooting will help to fix that.

You know that CPU clocking is normally not available with the un-rooted devices , So , you can increase and decrease the CPU (processor) speed to increase the performance or increase the battery life respectively .

Rooting can brick your device , Compared with unrooted Android device , the rooted device faces the popular threat from mis-operation and you may turn your Android device into the brick , and to avoid this risk , Just download apps from reliable place such as Google play and You should not not delete the files that are suggested not to be deleted by the rooting apps .

You can face problems with updates , sometimes you root Android phone to get the latest OS but after rooting , you can find that the automatic updates to the firmware stopped due to the software modifications that occurred while the distribution has been rooted.

The malware can easily reach your mobile security , The worms , the viruses , the Trojans and the spyware can infect the rooted Android software if it is not protected by the effective mobile antivirus for Android  , Root is disabled by default , Rooting causes Poor performance and it voids your phone’s warranty .

Ad Blocking can be considered as the advantage but in the long run this might turn out to be the huge disadvantage , The revenue generated because of pop-up ads gets used by the developers to further develop the app and upgrade it .

How can you save the battery power on an Android phone ?

How can you transfer files wirelessly between Android and PC ( or Android and Android ) ?