Android is a mobile operating system based on the Linux kernel and now developed by Google, It is designed for the touch screen mobile devices like smartphones, table computers, a specialized user interface for Android TV and Android enabled vehicles.

Android OS uses touch inputs to manipulate on the screen objects, It uses the virtual keyboard, It was designed for touch screen input, it has been used by in-game equipment, the cameras, PC’s and other electronic devices.

It has a massive user base, It has increasing adoption especially in the developing countries, Android’s review process for apps is fairly simple and it takes less time than iOS for an app to get approved for publishing on the play store.

Any SMS, Email, or even the latest articles from an RSS Reader,  there will always be a notification on the Home Screen Android phone, do not miss the LED indicator is blinking, so, you will not miss a single SMS, Email or even Miss call. 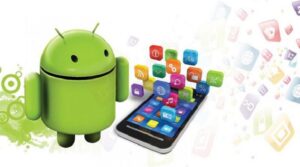 Android phones can run many applications, You can browse, You can use Facebook while listened to the song, It has different phone options, It has thousands of Apps to download online and they are free.

It has excellent software and application support, there are a wide variety of phones to suit your budget, It has frequent OS updates for improving performance, Android phones can also function as a router to share Internet.

You can install a modified ROM, That is the version that was not in accordance with the specification release our cell phones, the last way is the modification, There are many custom ROM that you can use on Android phones and guaranteed not to harm your device.

With the widgets on the home screen, You can easily access a variety of settings quickly and easily, If you are a user of Google services ranging from Gmail to Google Reader, the Android phone has integrated with Google services, so, you can quickly check e-mail from Gmail.

There is a multitude of devices with different screen sizes and different resolutions too, This makes the app design as well as UI development much harder and the quality of apps on the Play Store is much worse than those on the App Store.

The application in Android phones can indeed be obtained easily and for free but the consequences in each of these applications will always be ads on display, either the top or bottom of the application.

Some phones become slow after installing many apps, Most of the Android phones are touch screen phones without a keyboard ( there are a few exceptions ) and most of the features need the Internet.

If you are buying an expensive Android phone you might not like the fact that there are many phones available at really cheap prices that operate on Android.

You can stop default applications to save the battery life, It was an advantage but there is also a disadvantage, which is some ROM’s consume more battery than usual, So, It can cause issues related to the battery.