Ripple is a system for exchanging many different assets digitally, where it differs from cryptocurrencies such as Bitcoin that was designed primarily as a digital asset to be used as a medium of exchange, Ripple (XRP) is a real-time settlement system & currency exchange network created by Ripple Labs that uses their native cryptocurrency, XRP, to process transactions.

Ripple is recognized as a payment system by the largest banks in the world and goes on an incredible run, Ripple is launched in 2012, Ripple makes global payments more convenient, but it’s different in that it’s more of an enterprise solution to the problem, It facilitates exchange & payments, Unlike its competitors, it’s known more for its payment protocol than the Ripple cryptocurrency itself.

RippleNet, the platform offered, connects banks, payment providers and digital asset exchanges are a smooth way to carry out global transactions offering all of blockchain’s benefits, Ripple has got everyone’s attention for its robust transactions system, well-built infrastructure and it has proven the test of time, Ripple has displaced the second-seeded Ethereum to take the spot in overall market capitalization, So, is it the best cryptocurrency in the market to bet your money on. 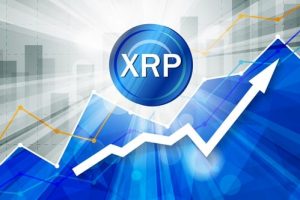 What is the Ripple Protocol consensus algorithm (RPCA)?

Unlike Bitcoin or Ethereum, Ripple doesn’t have a blockchain, The cryptocurrency without a Blockchain may sound pretty strange – if it doesn’t have a Blockchain, how does it verify transactions and makes sure everything is ok? For that purpose Ripple has its own patented technology: the Ripple Protocol consensus algorithm (RPCA).

Most modern payment systems are based on trust in the state or in financial institutions such as banks, This applies in particular to digital accounts of government currencies, since the money is not possessed here in principle and an institution watches over the amount and disposes of it, Ripple is an attempt to transfer this mechanism of trust to digital currency by storing all transactions and liabilities between users and institutions in a public register.

Behind this system are so-called IOUs, The abbreviation stands for the English phrase “I owe (yo)u” and is a kind of promissory note, In the Ripple Register, the user’s promissory notes are stored, i.e. which person owes how much of which currency to another individual and vice versa, In addition to the debt system, the protocol also enables an extensive foreign exchange market in a similar way, which is constantly evolving.

How Does Ripple Work?

Ripple’s gateway system allows any individual or businessman to create a gateway on the platform that allows users to directly make transfers on the platform, A registrant can be authorized to act as a middleman who carries out the exchange, liquidity maintenance and so on.

Ripple doesn’t use blockchain to offer consensus, it summarizes data using a HashTree and compares this data across its validating servers, unlike most other cryptocurrencies, XRP can’t be mined, All 100 billion XRP tokens were produced & distributed at its inception, XRP is the third-largest cryptocurrency by market cap and is seeing widespread use by financial institutions across the world.

Ripple is built to facilitate the exchange of money across the world with minimal costs, International payments are traditionally very slow & costly, and it’s long been thought that the system needs to be modernized, Ripple achieves this by allowing banks & financial institutions to transfer tokens in real-time, securely and at a reduced cost, this can help people such as those living overseas to transfer money to their home country without incurring large fees.

Ripple allows banks and payment providers to expand their reach into new markets, It presents a way to source liquidity for payments, It allows Corporates to improve capital efficiency, Ripple is suited for use in trade finance as it was specifically built to support cross-border payments and international transactions – a ‘bitcoin for banks’, if you will,

Ripple is an official organization with the trust of many banks, All the tokens are initially mined and already exist, Ripple controls RippleNet and they own a whopping 62% of the total XRP coins in existence, This has understandably worried XRP investors and Ripple’s response was to lock up 55 billion coins in escrow.

Ripple’s XRP protocol is headed by xRapid Product which results in cheaper & faster solutions than its competitors, The brand boasts of a fast transaction system, which allows a user to complete a transaction within three minutes, The quick sales result in saving the costs in upwards to 40%-70%, The well-built protocol makes a highly scalable product which can adapt as per the trends of the market.

The team behind Ripple is aiming at 1500 Transactions per second in near future which is higher than what many of its competitors are currently able to offer, If ripple continues on its current path, it will become one of the first cryptos to gain universal acceptance.

Ripple has a partnership with some of the most prominent institutions in the financial world, and many central banks have already made amendments to incorporate Ripple into their system, Not only that these partnerships are proof of trust that Ripple enjoys, Many more investors & banks are joining on the bandwagon on a daily basis, So if you are looking forward to investing your money in Ripple, you won’t be disappointed.

One thing that separates Ripple from most of its peers is the small price bracket for one XRP (currently at $0.40), The low token price means anyone with a small budget can invest Ripple, you don’t have to make elaborate plans & know the whole history of trading to invest in the cryptocurrency, If you are sure of its ability, you can spend slightly more significant amounts, if you are new, you can start with a small investment with a few coins, to begin with.

Ripple is designed as a day to day payment system, so it is much more power safe than Bitcoin, So, the transactions are much quicker & cheaper, Ripple has started as an official organization, as its main focus is to be used by banks, So it is not a subject of multiple regulation checks as many other cryptocurrencies, Ripple can be exchanged to any currency or valuable (like gold) with a unified minimal commission.

The biggest hurdle in the growth of any cryptocurrency or new technology, is real-world use, XRP faces similar problems, even though it has got the trust & investments from major banks and institutions, To work in real-world, the core team behind the currency need to find different ways to make Ripple find use in the real world and can be liquefied against any other mode of transactions, thus, clearing the doubts over the future of ripple.

Ripple is highly centralized, The whole idea of cryptocurrency is to avoid centralized control, As the tokens are already mined, the Ripple developers can decide when and how much to release, or not to release, In addition to centralization, today it is pretty much a monopoly as Ripple Labs owns 61 percent of the coins, It is open source – very smart, but still once the code is accessible there is a good chance many people will try to hack it, Some of them even might succeed.