Monero is a type of cryptocurrency, It is a digital asset which uses cryptography to secure transactions, Monero is the thirteenth largest cryptocurrency by market, Monero operates on a secure, untraceable & private system, Unlike Bitcoin, which is pseudonymous, Monero is fully anonymous, This added layer of privacy to Monero’s USP has contributed to its success in the cryptocurrency arena.

Monero is a type of decentralized digital currency that may be used without any third party, It’s in the top-20 popular cryptocurrency in the world, Monero comes with three specific features which are Ring Signatures, Confidential Addresses & Ring Confidential Transactions, These maintain the privacy of the sender, recipient  & transaction respectively.

Monero is similar to many other cryptocurrencies, It’s an open-source project that is entirely permission-less, This second feature is potentially world-changing, There is no authority that can stop you from using a cryptocurrency, This means that those without access to modern banking facilities can take part in a digital economy in the way they never could before.

All they need is an internet connection and a device to connect to it, There are literally millions of people around the world that lack access to banking facilities but have smartphones and local Wi-Fi hotspots, India is a prime example of a country with many of these “unbanked” citizens. 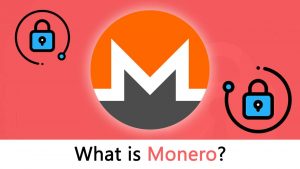 The main thing that gives Monero value is its privacy features, No one can link you to a Monero cryptocurrency transaction, This makes it a favorite currency for those who are concerned with privacy for a variety of reasons, Not all these reasons will be illegal although some obviously will be.

Bytecoin was launched in the summer of 2012, It was the first digital currency that was written using a technology called CryptoNote, CryptoNote today is the backbone of most of the privacy-based cryptocurrencies that exist, This includes Monero, The privacy of CryptoNote coins is ensured by grouping public keys together, By combining several keys in a single transaction, it’s impossible to tell who sent it.

The use of these “ring signatures” to sign transactions offers the anonymity of the CryptoNote technology, Bytecoin was a good effort at an anonymous cryptocurrency, However, there were a few issues with its initial distribution, When it is launched, it turned out that 80% of the coins that would ever be mined were already in existence.

This leads a group of seven developers to fork the Bytecoin blockchain and the new currency would be known as Bitmonero, This was eventually shortened to simply Monero which is Esperanto for “coin”, A currency like Monero could be used to pay for social or “matchmaker” type applications, so, privacy is a necessity even though no law is being broken.

If you want to prove your ownership of a certain amount of Monero for tax purposes, you can share your private view key with your countries tax authority, This makes it less likely that regulators will try to ban Monero, A great team of committed developers works on the project.

For a currency to be fungible, its value can’t be influenced by its source or usage, As many cryptocurrencies can be blacklisted if, for example, they were stolen, they aren’t fungible, However, as Monero is untraceable, Monero has to lead to its adoption by black markets and it is widely used on the dark web, This association may limit Monero’s widespread adoption.

Monero is a perfect cryptocurrency, Mixing public keys makes it impossible to discover destination address, Resistance to ASIC mining, Unlike Bitcoin, Monero can be profitably mined using CPU’s as well as GPUs, Such cryptocurrencies as Bitcoin have their limits, Sometimes you have to wait until it will be possible to make your transaction.

There is no such problem with Monero, It is limitless, It is an absolutely decentralized system, Nobody can stop your transaction, Nobody can allow or not allow users to do what they want, This feature really shook cryptocurrency world.

Monero also have minor flaws, there are not many wallets that have been developed for Monero, Monero is not based on Bitcoin, Although it has a number of advantages, nevertheless it is hard to develop applications that interact with its blockchain, you don’t know where your money came from, You can’t check if it was involved in illegal deals, It is a side effect of anonymity.

Despite being ASIC resistant, there is still a large degree of centralization of miners on Monero, Roughly 43% of the hash rate is controlled by just three pools, You won’t find support for Monero on any hardware wallets or multi-crypto solutions like Jaxx, To store Monero in a way that is properly secure is much tougher than most other cryptocurrencies, because it hasn’t been more widely adopted by wider community.

Monero has the potential to allow people to transact almost instantly across the planet without the need of permission from any authority, In countries with oppressive governments, this could be used as a very powerful tool in the pursuit of freedom.

Monero has privacy features, Dark web markets can be accessed by anyone and will sell a truly shocking array of drugs, weapons, and other criminal items, Monero has quickly found a place as the currency of choice on these illicit websites.

Monero cryptocurrency can be mined on low budget computers using CPUs, so, many hackers have been known to infect unsuspecting website visitor’s computers with malware designed to use their CPU to mine Monero.

Monero has been used by some governments to get around international sanctions, so, it is very possible that Monero could be attacked by governments who are less keen on the idea of a completely private means of payment for use by anyone from child pornographers and drug dealers, to international terrorist organizations and human traffickers.