Cheat Engine is the open-source memory scanner/hex editor/debugger, It is created for Windows operating system, It is commonly abbreviated as CE, It enables you to modify the single-player games running in Windows to make them harder or easier depending on your preference, and it contains a few other useful tools to help debug the games.

What is cheat engine?

Cheat Engine for Macintosh includes a memory scanner to check for the variables within the game, it also includes a few other tools such as the disassembler, the trainer maker, and the direct 3D manipulation tools, It is mostly used for cheating in computer games, and It is modified and recompiled to evade the detection.

Cheat Engine is the program that resembles L. Spiro’s Memory Hacking Software, TSearch, and ArtMoney, It searches for the values input by the user with a wide variety of options which allow the user to find and sort through the computer’s memory, It can create the standalone trainers that can operate independently of Cheat Engine.

Cheat Engine can modify and apply touch-ups to video games, along with some extra tool for debugging software and games, It is an open-source tool for editing the code of a game, It opens the process of the game and it allows you to change the data, It includes the scanner so that you can easily find the values you’re looking for. 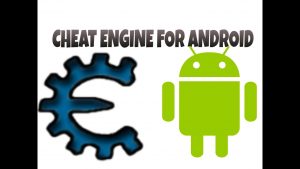 There are many modifiable parameters, as well as lots of changes you can apply, from the number of lives to the money in the game, going through all the values of the game along the way, On the official website, you can find a ready-made list of changes.

Cheat Engine provides the tools for Direct3D and OpenGL, and it is a useful program for the developers since it integrates debugging features for video games and the software, It is not easy to use but thanks to its excellent tutorials, you can quickly get up and running with the program.

Cheat Engine is useful for advanced users, but including a tutorial for those who might be less experienced, It doesn’t work for online games but the editing possibilities for single-player games are almost endless, and it is recommended that you use Cheat Engine for Windows.

Cheat Engine supports the following formats which are CET, CT2, CT3, CT, XML, GH, AMT, It is can view the disassembled memory of the process, and it makes alterations to give the user advantages such as infinite health, the time or the ammunition.

Cheat Engine has some Direct3D manipulation tools, They allow the vision through the walls and zoom in/out, and with some advanced configuration, It can move the mouse to get a certain texture into the center of the screen, It is commonly used to create the aimbots, It is used in the single-player aspect of games and its use in multiplayer games is discouraged.

Cheat engine permits to change the interface of the game, It is effective and easy to use, It is the tool for creating the cheats and hacks in the games, It allows to seek and modify the parameters in the memory image of the running process, and it helps you insert the blocks of assembler code into the memory of working process.

Cheat Engine is easy to use, for making your first hack, you shouldn’t know any specific computer knowledge, You can understand the principals, You can change the value in the target process, You can search that value in the memory, You can lock it, and you can fix it.

Cheat Engine is a superb software tool that will help the gamers to get through difficult stages in the game, It allows the gamers to cheat in the games by means of a hex memory searcher and editor, The searcher and the editor allow the user to change the certain memory address and values that directly influence the game.

Cheat Engine is a superb software tool that offers a Client-Server version by means of which other users can connect to the server to have their games hacked in a common manner, You can prepare your own trainer like the memory trainer that allows you to create your own cheats and assign hotkeys.

If the design interface doesn’t seem good in the game, You can design your own, By making changes in the memory, You can get the advantage of infinite health, time, and ammunition, You can cheat in computer games, You can hack PC, and it is open source, so, It is free.

Cheat Engine is not user friendly, It can’t use for online game, Cheat Engine for Macintosh is the unofficial port of Cheat Engine for Windows, It is very hard to understand exactly how to use Cheat Engine, It does not work with the forthcoming OS X 10.8 Mountain Lion and it is problematic in Lion.

Debugger of Cheat Engine couldn’t attach to their processes, and many functions of Cheat Engine become unusable, many large games like an MMO with lots of objects in the memory uses dynamic memory for storing vital parameters, so, it becomes difficult to create a proper hack utility.