GPRS becomes a part of everyday jargon , like calls or SMS , It is a mobile telephony service that helps mobile phone users to connect to the Internet using their phones , It is a non-voice service which offers wireless packet data access within GSM networks ( Global System for Mobile communication ) .

GPRS was widely used , before mobile phones started becoming Wi-Fi enabled , It is very much in the backseat as of now , It is a variable alternative in the emergencies , when the other means of connecting to the Internet are not available . 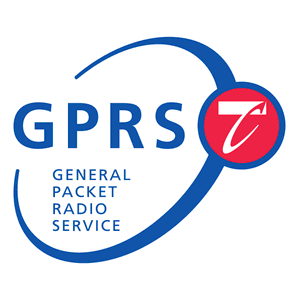 GPRS technology brought mobile phone users out from the world of WAP & into the world where Internet was finally available on mobiles , Large amounts of data can be transferred to & from the mobile device over the Internet by using GPRS .

GPRS-enabled mobile phones double up as portable Internet connections for the laptops , In some cases , where Internet access is not readily available but the mobile network is and GPRS can be a lifesaver .

Most phones can be used as a modem once connected to the laptop , GPRS is a great backup option , The portability factor has diminished somewhat , with the advent of much faster data cards , that plug directly into the laptop .

GPRS access is possible in the remote places , Communication via GPRS is cheaper than through the regular GSM network , The instant-messenger services & mobile email helps you to send messages for cheaper rates via GPRS connection , as opposed to transmitting messages in SMS or short message service .

The customers pay for the amount of data transported only & not for the duration of the Internet connection , GPRS offers wireless access to the Internet from any location where there is the network signal , It enables you to surf the Internet on your laptop or phone , even in the remote areas .

Through GPRS technology , The users are constantly connected to the Internet , As GPRS services are available wherever there is GSM coverage , It allows you to connect to the Internet when the other services such as 3G or HSDPA are not available .

Although new , faster technology exists today , GPRS is faster than the older WAP ( Wireless Application Protocol ) and regular GSM services , GPRS data is transferred at speeds ranging from 9.6 kilobytes per second up to 114 kbps .

If you access the Internet through GPRS , It does not block incoming calls through the GSM network , It enables you to make or receive voice calls while you are browsing the Internet or downloading data .

GPRS technology uses the cellular network’s GSM band to transmit the data , more often than not , when the connection is active , The calls & the other network-related functions cannot be used , The data session will go on standby , It is a characteristic typical of the Class B GPRS device .

There are Class A devices as well , Where there are two radios incorporated into the device , allowing both features to run simultaneously , Although Class A devices tend to be more expensive & by extension , less popular , Most mobile phones fall in the Class B category.

Most GPRS connections run slower than 56K connections on the computer because of the limitations of the GPRS technology , Although certain enhancements exist that help raise the bar , the speed does not compare to using the wired network connection or the alternative mobile Internet connection .

GPRS connection is faster than the others , because of the voice traffic load on the base station you use for your connection , You may have problems with your GPRS communication if many people talk on their phones at the same time in your area , The voice calls have a higher priority than the data packet transmissions , essentially giving you the fluctuations in your connection speed .

We sometimes notice a drop in the performance as we move because of the distance factor involved in GPRS technology , The farther away you are from the base station , the more your performance drops , This problem occurs less frequently in the urban areas .