Types and reasons of adaptation of the living organisms 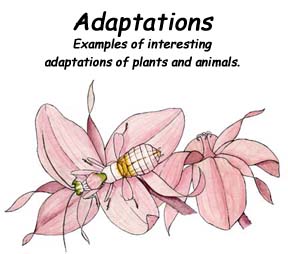 The adaptation between the plants and the insects.

Adaptation is a moderation of a living organism’s behaviour, body structure, or organ biological functions to become more adapted to the environmental conditions in which it lives in.

There are many environments where living organisms live, and they cope with environmental changes such as climate change, food diversity, and the existence of water.

The types of adaptation

Behavioural adaptation is an adaptation in the activity of some animals at different times of the daylight.

The birds’ migration at certain times of the year and the activity of the birds during the daylight and the bats at night are examples of behavioural adaptation.

The reasons for the adaptation

The most important reasons for adaptation are to get food and to escape from their enemies in dangerous situations, through the motion way.

The adaptation and the nature of the food in the birds