Monero mining can only be completed via CPUs & GPUs, Monero has advanced privacy features, so, no one can tell which transactions each coin was actually involved in, It is impossible to link a single Monero coin to a past crime, There is no transaction history associated with any Monero coins, so, they are fungible, there is a small number of wallets developed for Monero, Being as Monero isn’t based on Bitcoin, it is harder to develop applications that interact with its blockchain.

Monero has faced heavy criticism for its use in illegal activities, such as drug trades on the dark web, due to the anonymity it provides, This unfortunate association has led some referring to it as the ‘currency of criminals’, Privacy & anonymity are useful for many legitimate reasons, Businesses can use Monero to make purchases from suppliers without exposing commercially sensitive information, as they would with other currencies like Bitcoin.

Consumers use Monero to avoid price discrimination when buying goods online by hiding their financial information, Monero is a fungible currency that might make it more appealing for businesses to accept payments in Monero than other currencies, Monero uses blockchain technology, Blockchain technology forms the backbone of all digital currencies but it’s also increasingly being used for other purposes. 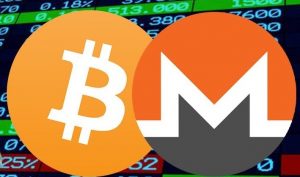 How Monero differs from Bitcoin

Monero uses a different system of keys to the likes of Bitcoin and Ethereum, In these currencies, there is just one pair of keys – a public key and a private key, Monero uses a public view key, a private view key, and both public and private spend key.

A one uses only stealth public address is generated by the public view key, For checking the blockchain & verifying that funds have been received, a private view key is needed, To verify the signature on a transaction requires a public spend key, Private spend keys are used to create outgoing transactions.

Another perceived issue with Bitcoin is that mining the network is now only profitable using the specialized mining equipment, These systems use components known as Application Specific Integrated Circuit chips, They’re expensive and this means that only the richest can set up mining operations.

Monero differs, It uses an alternate hashing algorithm to Bitcoin called CryptoNight, CryptoNight uses a lot of advanced features to make the production of ASIC chips suitable for mining Monero unprofitable, Monero can be profitably mined using both CPUs & GPUs, so, the currency has the potential to be more decentralized than Bitcoin.

Another area that Monero tried to improve on Bitcoin is in terms of its scalability, Put simply, scalability just means how well the network can grow in relation to demand, Blockchain-based cryptocurrencies are by definition limited in size, Bitcoin has had a 1MB block-size limit, so, only 1MB of transaction data can fit into each of the blocks that are mined every 10 minutes on the Bitcoin network.

When there are many users trying to make transactions at the same time using Bitcoin, the blockchain gets filled with transaction data, Those transactions that can’t fit into a block must wait for a miner to include them, Since miners prefer to include transactions with the largest fees attached, if the network is very busy, it encourages people to increase the fees to get their transactions included.

Monero is different, there is no “pre-set” block size limit, Whilst this does allow for more transaction data in each block, there is a downside – spammers can fill the blockchain with transactions, This would make huge blocks, You would need to run the wallet using command lines, Although this made you feel like you were hacking into some secret government database, it wasn’t exactly user-friendly!

Unlike Bitcoin, there isn’t a fixed number of Monero tokens that will ever be mined, The currency is ever-so-slightly inflationary, There will initially be 18.5 million coins, following this the supply will increase by around 0.87% in the first year, This percentage lowers each year, It’s estimated that it will take 117 years to reach double the initial distribution.

Monero has a number of unquestionable advantages, The Monero cryptocurrency is entirely fungible, It’s possible to track Bitcoin transactions from one user to another, Depending on how the user uses Bitcoin, you might not be able to tell their identity, but you can follow each Bitcoin from address to address, so, the user can tell if a certain Bitcoin was involved in a crime, This isn’t an ideal quality for the money.

If you sold a completely legal item on a platform like Open Bazaar and you received Bitcoin as a payment, However, it turns out that the Bitcoin you received was previously used in a drug deal, For you, that might not be an issue, However, when you try to spend it somewhere else, the person receiving it could decide that they don’t want this “tainted” coin.

Although the Monero developers introduced a block reward-penalty system, The median size of the last 100 blocks is taken, It’s more difficult to developers to work on Monero than for other cryptocurrencies, so, there aren’t a lot of wallets that support Monero, There is no limit to Monero’s blockchain, This scalability should prevent fees from skyrocketing as usage increases, Monero isn’t as widely adopted as other cryptocurrencies like Bitcoin, which limits its use.

You can enter the address you just made a note under the exchange’s withdrawal section, Follow the on-screen prompts to complete the withdrawal, Some exchanges might ask you to confirm that you are making the withdrawal by clicking a link in an email, If you’re receiving Monero from a friend, simply send them the address and he should know what to do with it.

You can enter the address that you wish to send Monero to, You will get this from either an exchange, a contact (friend or colleague, etc), or any service that accepts Monero as a payment option, you can type the amount you want to send in the box labeled “amount”, you have to select how private you want the transaction to be, The greater the “ring size”, the higher the transaction fee will have to be, and Hit “send payment”.