Litecoin is a cryptocurrency, It is based on the technology of blockchain, it is absolutely decentralized, no intermediaries, institutions or central firewall are needed for its operation, the functioning of the system is provided by all members of the community, each of which has absolutely equal rights, Each member of the community acts both as a user & as a server, This is similar to the peer-to-peer network used for downloading & distributing files (uTorrent).

Litecoin is another crypto set up with the aim of simplifying & facilitating cross-border payments at little cost, Litecoin offers faster confirmation & processing times than Bitcoin does although it has been designed to be harder to mine at greater quantities, Litecoin is incredibly similar to Bitcoin in the way it is mined, operated and run although there is a wide consensus that it may be more efficient.

Litecoin is the world’s first altcoin, it has been making its presence felt in the crypto market for a while now, It is a digital currency that came into being as a fork of the Bitcoin Core Client to serve as a faster, lighter and cheaper supplementary coin to the original BTC, Introduced by ex-employee of Google, Mr. Charlie Lee, in 2011, Litecoin has managed to find a place of pride in every crypto investors considerations.

Litecoin was designed to allow peer-to-peer payments that are instant and very low-cost. It’s one of the top 5 biggest cryptocurrencies in terms of market capitalization, The abundance of coins on the cryptocurrency market makes it multifaceted & diverse, there are different coins & tokens that perform completely different functions. 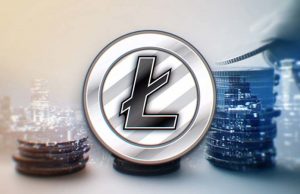 Anyone who has access to the Internet can store his money in Litecoin (as well as in any other coin), users can control their own funds independently, without supervision of banks and other financial structures, Litecoin is a digital currency, which can help you to receive & send transactions instantly and with a minimum commission.

How to create a Litecoin wallet?

This coin is the oldest altcoin, which was formed back in 2011, Litecoin is a popular coin, it is called “digital silver”, so the overwhelming number of wallets support it, There are several variations of cryptocurrency wallets:

You need to determine what actions you will be making with the help of this coin to choose a wallet that will meet your requirements, if you decided to make a long-term investment in Litecoin, a cold wallet is best suited for such purposes, but if your interaction with the coin occurs several times a day, then an online or a hot wallet will be perfect for you.

Litecoin is a network currency based on “peer-to-peer” technology and an open-source software project under the MIT/X11 license, It can help users instantly pay to anyone in the world, The creation & transfer of Litecoin are based on an open-source encryption protocol and is not managed by any central agency.

The main virtue of Litecoin cryptocurrency is its work speed (if you compare it with Bitcoin, then the closing speed of the blocks is four times faster (10 minutes for BTC, 2.5 minutes for LTC), LTC has open-source code, the basis of its work is the Scrypt algorithm, transactions have a minimum commission.

Litecoin is built upon Scrypt, this makes it strong as compared to other ALT currencies, It is beneficial for the entire ecosystem of cryptocurrency, everything is electronically done and one doesn’t have to use any physical money or credit cards to make any purchase online, Instead you can use your electronic currency thus, you can keep your financial information safe & secure.

Litecoin has a low transaction fee which makes it a great cryptocurrency to adopt & work with, The faster transaction processing makes the system less susceptible to attacks as hackers get a very little time-window to attempt a double-spending attack.

The main drawback of Litecoin is its absolute anonymity, which creates a bad image for the coin, as it is used for illegal things in DarkNet, Mining is too centralized, Since the introduction of the Litecoin professional mining machine at the beginning of last year, it is reported that in the presence of mines, the computing power once exceeded 50% of the total network computing power, resulting in uneven distribution.

Litecoins are not managed by any central authority, so, you feel risky while choosing it, If it happens that your coin is stolen or lost then the money is gone and you can do nothing about it, the client code is not maintained properly and is based on an obsolete Bitcoin version, Its price is pure speculation and there are almost negligible applications for Litecoins.

Litecoin is an open-source software project which is a peer to peer cryptocurrency since it is an open-source project it is not managed open-sourcetral authority, Litecoins are still unknown compared to Bitcoins, This is mainly due to there being no central Litecoin authority, The largest virtual currency trading websites still don’t support Litecoins.

Litecoins is still holding fort in terms of efficiency & speed, the SegWit update has been embraced by Bitcoin as well, thereby chipping away at one of its USPs, The withdrawal of the Litepay service (similar to Bitpay) that had already been announced and had been met with great enthusiasm, also affected the credibility of Litecoin.