Litecoin (LTC) is the first fork of Bitcoin, It was launched back in 2011, It uses the Scrypt algorithm, that allows it to be more efficient in a number of ways than the original Bitcoin, The coin is completely anonymous, Transactions in Litecoin run four times faster than those of BTC, and commissions in the system are almost nonexistent.

Litecoin is a fork of the open-source BTC Core Client, it is an open-sourced system that can easily implement software updates and changes to respond to changing needs of the market, Its flexibility has made it possible to embrace the new SegWit system and move towards the adoption of the Lightning Network (LN) technology as well.

Litecoin was created as a nearly identical cryptocurrency to Bitcoin but with faster processing speed, due to its adoption of the Segregated Witness and Lightning Network and other improvements, The main developer & creator of LTC is the American programmer Charles Lee, The coin was first launched on the 13th of October, 2011, It was the fork of Bitcoin, which solved some of the flaws of the world’s #1 coin.

The profitability of mining any coin is far from permanent, The amount of profit obtained depends on many factors: equipment capacity, complexity of the system; coin rate, etc, Litecoin‘s price hit new lows and attracted wide attention & discussion, so, Litecoin changed from 1LTC to 0.051BTC in the glory period to 0.001BTC to 1LTC, a drop of up to 86%, and the market value of Litecoin shrunk by 7.5 times, Compared with NEO, it decreased even more.

Litecoin uses the script encryption algorithm first proposed by Colin Percival in its workload proof algorithm, which makes it easier to perform Litecoin mining on ordinary computers than Bitcoin, LTC can offer faster transaction confirmation, It can process a block every 2.5 minutes, It can produce 84 million Litecoins, which is four times the circulation of the Bitcoin network. 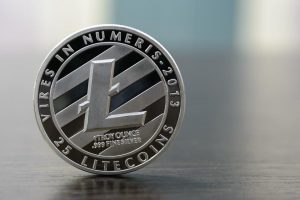 LTC is easy of use, It is much more convenient to use LTC for both sellers and buyers, Cross-transaction operations are possible, Litecoin offers full anonymity of transactions, which makes this digital currency attractive to users, The decentralized principle completely excludes the possibility of regulation and management of this cryptocurrency by any individuals or government structures.

Litecoin is used by companies to give away coins as bonuses to promote their platform, This tactic was first introduced by Bitcoin casinos to attract new players, To this day online Bitcoin casinos give out the most generous bonuses, but they come with various terms and conditions.

Litecoin (LTC) differentiates itself from Bitcoin through some fundamental differences such as in its algorithm, transaction processing speed, and coin limit, These differences were implemented to address what many see as fundamental flaws with Bitcoin.

Litecoin has a much faster work speed than Bitcoin, Bitcoin transactions take around 10 minutes to be confirmed, With Litecoin, this is 4 times quicker at just 2.5 minutes, so, purchases can be performed a lot faster, Litecoin was built with the Scrypt algorithm, This was designed to be more ASIC-resistant and make mining more accessible to everyday users compared to Bitcoin, This, in turn, makes Litecoin more centralized.

All the disadvantages of LTC are applicable to other cryptocurrencies, they do not prevent people from buying cryptocurrency unites and earn money on trading, The main drawback is the uncertainty of status and the lack of rules of circulation and use of crypto-currencies, fixed at the legislative level of different countries.

The cryptocurrency market has become attractive to many beginners and seasoned traders alike, Investors are enticed by the growth it has seen in recent years, Though prices are volatile, those that are willing to take a risk have the potential to make huge gains, Litecoin is especially attractive in this respect as it has performed well compared to other cryptocurrencies.

Litecoin can be used to send money overseas quickly, securely and affordably, with fewer transaction fees than traditional international transfers, Litecoin is built on blockchain technology, Blockchain technology is revolutionizing the world in more ways than one, As well as providing the foundation upon which all cryptocurrencies are built, it’s also being used in other industries, such as trade finance.

At present, there isn’t a large number of retailers that accept Litecoin, This is also the case for most cryptocurrencies, Like all cryptocurrencies, Dash is subject to regulation, If more severe regulation is taken against cryptocurrencies in the future, it could limit their use and cause prices to fall heavily, It’s still easier for everyday users to mine Litecoin than Bitcoin, Scrypt ASIC miners have recently been made available on the market, which has made it more difficult to mine Litecoin without ASIC mining hardware.