Bitcoin is digital money which solves many of the problems our current currencies suffer from , It introduces many other uncertainties we never had to deal with before , It is the world’s first decentralized digital currency , It was launched in 2009 and it has many features which make it different from common forms of payment .

How do Bitcoins work ?

There are two important things to send bitcoins, They are a bitcoin address and a private key , It does not mean a street and the number of a house , The address in the bitcoin payment systems is just a random sequence of 32-33 numbers and letters and it is like the account number .

The private key should be kept in secret , It has nothing to do with an ordinary physical key , It is a sequence of numbers and letters and it is needed to sign data .

You have your own public and private key for using Bitcoin, When conducting a transaction , your public key is visible on the network , your private key is always kept confidential to retain the anonymity of your transactions . 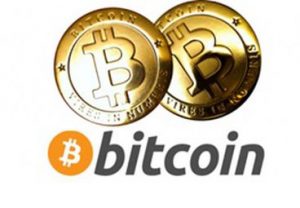 Bitcoin offers freedom in payment , We can send and get the money anywhere in the world at any given time , We don’t have to worry about crossing borders , rescheduling for the bank holidays or any other limitations when transferring the money and we are in control of our money with Bitcoin.

Bitcoin offers security , It allows the users to be in control of their transactions help keep Bitcoin safe for the network , The Merchants can not charge extra fees on anything without being noticed and they must talk with the consumer before adding any charges .

The payments in Bitcoin can be made and finalized without your personal information being tied to the transactions , As the personal information is kept hidden from the prying eyes , Bitcoin protects against the identity theft , It can be backed up and it encrypted to ensure the safety of your money .

The information is transparent , With the block chain , all finalized transactions are available for everyone to see , Your public address is visible but your personal information is not tied to this and you can verify transactions in the Bitcoin blockchain at anytime .

Bitcoin protocol can not be manipulated by any person , organization or government , So , Bitcoin is cryptographically secure , The smallest denomination is 1 Satoshi or one-hundred-millionth of the Bitcoin , So , Micro-transactions are easy to do with Bitcoin .

Bitcoin payments comes with very low fees , The users may include fees in to process the transactions faster , The digital currency exchanges help merchant process transactions by converting the bitcoins into the fiat currency , These services have lower fees than the credit cards and PayPal .

Bitcoin offers fewer risks for the merchants , Bitcoin transactions can not be reversed , They do not carry with them personal information and they are secure , So , the merchants are protected from the potential losses that might occur from fraud .

With Bitcoin, The merchants can do business where the crime rates and fraud rates may be high as it is very difficult to cheat or con anyone in Bitcoin due to the public ledger, otherwise known as the block chain .

We do not need to deal with the fine-print of our financial institution , worry of the hidden fees or preoccupied with normal working hours , Bitcoin can be traded 24/7 with no delays , your wallet address and your recipients address are needed , then click & send payment and it will arrive in just minutes .

The transaction costs or fees communicated up-front when using Bitcoin as they can not be added on to the transaction without the consent of both parties , So , using Bitcoin is more transparent and less convoluted than most financial institutions .

Public ledger system or blockchain maintains record of every single transaction that occurs using Bitcoin, There is no one or entity that can augment , manipulate or otherwise tamper with the public ledger , So , The fraud or malicious activity is very difficult .

Setting up the Bitcoin wallet is fast and easy , It requires an email address & a private/public key only to start operations immediately , The transactions can be received after a single confirmation on the blockchain and via the authentication of your private key and digital signature .

There is low inflation risk , One of the biggest problems with your current dollars and the other currencies used around the world is inflation , Over time all currencies lose purchasing power at a rate of few percents per year mainly .

The system is designed to make Bitcoins to be finite , About 21 milion Bitcoins will ever be released (mined) only , The release of new Bitcoins is slowing down and it will stop completely within a few decades and there is low collapse risk .

Bitcoin is a virtual global currency , It is safe , simple and cheap , Sending the money between the accounts is going to be simpler and cheaper , So , Bitcoin is becoming the preferred currency by many .

Bitcoins protect your identity and money , You do not have to disclose the personal identity information in the bitcoin transaction , much like cash , nor do you have to provide the credit card number which can be stolen ,You will use anonymous Bitcoin addresses which change with every transaction .

We can send and receive payments at a very low cost or none at all , and for international payments , we never have to pay a foreign transaction or exchange fee and this can be a big advantage while travelling , Bitcoins have more similarities with cash than credit cards .