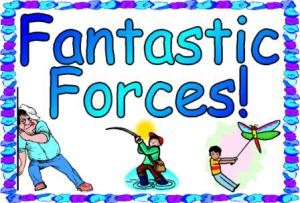 The effect of the force.

The force is the effect that changes the state of the object, the measuring unit of the force is “Newton” related to the scientist “Isaac Newton”, the motion of any object and its stopping need an effect which is the force, The motion increases by increasing the force.

At normal conditions, some objects are at rest, The object needs an effect to change its state from the rest to the motion and also from the motion to the rest, this effect is called the force.

The lever is a simple method to rise an object by the effect of the force, The weight acts as a force, So, when you hang a weight on a spring, you observe that the length of the spring increases by increasing the weight.

The crane, the escalator (a movable electric ladder), the fishing tool (pulleys) and the electric lift contain the pulleys that make the motion easy and the gears that transfer the motion.

The types of levers and the importance of each of them

What are the factors affecting the weight?