What are the factors affecting the weight? 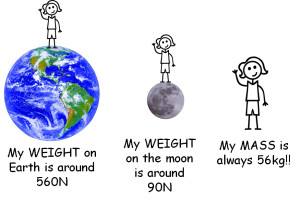 The weight on the Earth and the moon.

Everything seems weightless inside the spacecraft which revolves around the Earth, Newton is the measuring unit of the weight and it is almost equal to the weight of an object on the Earth’s surface whose mass is 100 grams.

The factors affecting the weight

The weight of any object is affected by three factors which are the object’s mass, the planet (the place) where the object exists,  the distance between the object and the center of the planet. 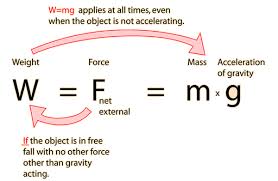 The weight of the object on the moon’s surface equals one-sixths of its weight on the Earth’s surface because Earth has greater mass and gravitational force than the moon.

The weight of anybody decreases when the distance between the body and the center of the planet increases because the gravitational force decreases.

The gravity and the weightlessness in the solar system

The properties and the measuring devices of the mass