C++ program has many advantages when it comes to computer programming , All C++ program stand-alone files must use the main function to allow the program to start up and motivate its functions .

C++ program can support unions and structures that are a combination of stand-alone and put-together files , It uses the average c++ application known as .cpp , C++ uses the reserved library word known as “goto” that is the same as Java’s continue , or break commands .

The global data and global functions are used with in C++ that aren’t used in many other high level languages in the computer sciences and it is a great advantage to the programming languages . 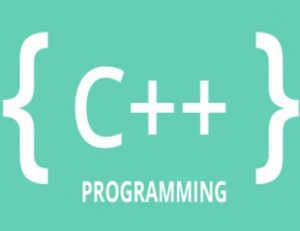 C++ program is useful for low level programming language and very efficient for general purposes , It offers performance and memory efficiently , It offers high level abstraction , in the language of the problem domain , C++ program is compatible with C , It uses reusability of code and it uses inheritance , polymorphism .

C++ program is a system programming language , It has a large community , It has a relatively clear and mature standard , C++ language is based on the C language and it was developed in early 1980’s by Bjarne Stroustrup at AT&T Bell Laboratories

C++ program uses the object where the objects are real time entities , It is a container of objects , It offers reusability of codes , In C++ , the functions and variables can acquire the feature of its parents , In C++ , function can be overloaded and override and C++ can use encapsulation .

C++ templates are more safe to use ( type safety ) , They are a good way of doing generalizations for APIs , Templates are a very powerful mechanism which can simplify many things but they require much time and experience – in order to decide when their usage is appropriate .

One major problem in C++ , is when the data points to the same thing from two different starting points , this causes a major problem , the C++ program will continue to have mixed up problems within the coding .

Java’s uni-code to the ascii rules is 16-bit , while C++ program is 8-bit only  , So , C++ is a less impressive programming language , but saves the memory .

C++ program is complex in very large high level program , C++ is used for platform specific application commonly , For the particular operating system or platform , the library set is usually chosen that locks , when C++ program used for web applications complex and difficult to debug .

C++ program can’t support garbage collection , It does not support Dynamic Memory Allocation , It is not secure because it has pointer , friend function and global variable and it has no support for threads built in .

C++ program can be heavy if it is not careful , C++ program allows classes and thus the functions with the same name ( and overloaded functions ) thus the symbol mangling system must be used , It can easily be wrapped in C functions though .

C++ program has no notion of being fast and it is not used for platform-dependent apps any more than C or anything else is , Actually , given the nature of the toolchain , it is probably less dependent than others .