Programming languages are the formal constructed languages that are designed to communicate the instructions to the machine, particularly the computer, and they can be used to create programs to control the behavior of the machine or to express algorithms.

Programming codes are the instructions that are used to tell the computer what to do, Most programming languages are fairly easy to learn and use, You can make superb websites, All the websites and the applications started with a little code and then progressed over the time, and they can make you rich. 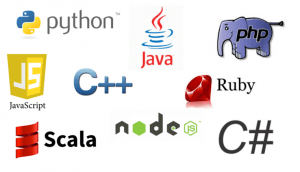 Programming languages allow simple creation and editing in a variety of text editors, They help you add dynamic and interactive activities to the web pages, You can edit and run the code very fast, You will get better at coding/programming over time, They help you perform the complex tasks in relatively few steps, and they need minimum programming knowledge or experience.

OOP languages (Object-Oriented Languages) provide you with a clear modular structure for the programs which makes it good for defining abstract data types, They can modify the existing code, They offer a good framework for the code libraries where the supplied software components can be easily adapted and modified by the programmer, and they are useful for developing the graphical user interfaces.

Computer programming languages are the languages that are used to write computer programs that involve the computer performing some kind of computation or algorithm and they control external devices such as printers, disk drives & robots.

C++ is well-suited for large projects, It is efficient, C is a popular language especially in game programming because it does not have the extra packaging of the object-oriented C++, The programmers use C as it makes the programs faster and smaller than the programs written in C++.

Pascal is a teaching language, there are few industrial programs that are written in Pascal, It tends to use keywords instead of C-style braces and symbols, so, it is easier for beginners to understand than languages like C++.

Fortran is the number-crunching program, it is still used by scientists as it allows the variables of any size up to the memory limit of the machine, It is not nearly as flexible as C or C++, and the programming is rigid by it.

Java is a multi-platform language that is useful in networking, the most famous usage of Java is on the web, It is used to build cross-platform programs that stand-alone, learning Java is quite easy for most C++ programmers.

PHP is designed for rapid website development, It is easy to link to the databases, generate HTTP headers, It contains a simple set of basic components that allow the programmer to quickly get up to speed.

LISP is the functional language used, It is mostly in computer science research, It stores all the data in lists, but without index numbers, Object-Oriented Languages offer small changes that are uncomplicated in the data representation, The objects can be maintained separately, and they can be reused in different programs.

Procedural Languages are easy to read the program code, They are easily maintainable program code as various procedures can be debugged in isolation, The code is more flexible as you can change a specific procedure that gets implemented across the program.

The bugs can get annoying and they are hard to solve sometimes, If you are not good at math then it will not easy to program, Lots of thinking is involved, If you don’t have a good memory, then it will be hard to memorize the syntax of the programming language.

If you type the programming slowly, You will take much time to program something, You can type lots of code in seconds since you know the syntax, but it requires thinking and logic, Some programming languages are hard to learn.

Object-Oriented Languages must be well managed, The Instance (or shared class) variables of an object can be accessed by the class-specialized functions, They are not as effective on the simple programs.

Procedural languages are hard to apply code from one program to another, Modifying one part of the code requires modification of the entire code, As the code grows, It gets harder to understand and modify, The functional Languages can’t do IO, They can not interact with the outside world, and no guarantee first line of code will be executed before second.