The unmanned aerial vehicle (UAV) is known as the drone, The unmanned aircraft system (UAS) is the aircraft without the human pilot aboard, The flight of UAVs can operate either under the remote control by the human operator or fully or intermittently autonomously by onboard computers.

The unmanned aerial vehicles are preferred for the missions which are too dangerous or dull for the humans, They provide the attack capability for high-risk missions and they originated mostly in the military applications.

The unmanned aerial vehicles can be used in other applications such as policing and the surveillance, the data collection, the aerial photography, the agriculture and the drone racing, They can be used in the commercial, the scientific and the recreational. 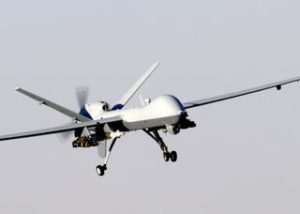 UAVs are the Unmanned Aerial Vehicles, They have transformed the idea of the air power in modern war times,They are smaller than jet aircraft, They are less expensive, and they don’t put the pilots at risk when they crash.

Unmanned Aerial Vehicle offers less stressful environment, It is used for better decision making, It presents safer environment, They can fly longer hours as long as the vehicle allows for it (no human fatigue in the plane).

Unmanned Aerial Vehicles can go faster, Even if the plane crashes, The pilot will be safe, They can be used for border patrol security using the software to fly the planes, There is no need for the qualified pilot to fly it, In the long run, They will be cheaper than paying for the personnel to do the task.

Unmanned Aerial Vehicles are able to fly into the zones where it would be dangerous for the pilot, They are capable of flying for long periods of time, They can enter the environments which are dangerous to the human life and they can reduce the exposure risk of the aircraft operator.

Unmanned Air Vehicle can stay in the air for up to 30 hours, doing the repetitive tasks, performing the precise, repetitive raster scan of the region, day-after-day, night-after-night in the complete darkness or in the fog and under computer control.

Unmanned Air Vehicle performs the geological survey, It performs the visual or thermal imaging of the region, It can measure the cell phone, radio or TV coverage over any terrain, The drone pilots or operators can easily hand off controls of the drone without any operational downtime.

Unmanned Air Vehicles can save lives, They greatly reduce putting the military personnel in harm’s way or in combat, They have low cost, They are cheaper to purchase, fuel, and maintain than the regular airplanes.

Drones offers low risk, Since the drones are smaller and they can fly lower than the traditional airplanes, there is less risk to the military hardware, Without the human pilot and they can stay in operation for longer hours of operation without fatigue.

The drones can have more pinpoint accuracy from greater distances thus reducing the collateral damage to the civilians and the infrastructure, The drones are as lethal to the enemy combats as regular airplanes.

The drones can be used in spying, Years before the drones were used in combat, The drones have proven to increase the surveillance, reconnaissance, and general military intelligence, The drones are easier and faster to deploy than most alternatives.

Unmanned Aerial Vehicles contains overall budget problems, They are very expensive to produce and keep up (The costs may go down over time though), The human mistake in the remote controls can cause the plane to crash and they have limited abilities.

The computer systems or the software could break down resulting in loss of plane and/or casualties on the ground, Losing the plane costs millions, The drones causes civilian losses, The drone warfare causes the collateral damages in the civilian lives and property, as well as the traditional warfare too.

The computer malfunction can take place resulting in the loss of control in the aircraft, There is the ethical question on the use of the autonomous system in the combat situations especially as the computer can not take the initiative which can result in the civilian deaths.

The psychological issue has become apparent in the military used of unmanned Air Vehicles due to the personnel being able to click the button and kill numerous people and then go home, without being in the normal war situation, The drones or the fleet of drones can taken and controlled by the enemy.