MP3 technology becomes very popular since its first edition release in 1993, With the popular peer-to-peer application Napster, Music lovers can exchange MP3 files so that they can get songs without paying for them.

MP3 technology offers a low data size (the file size), The smaller file size enables the user to rip a large amount of music files on the disc & the distribution of music is less expensive with the advent of MP3.

The files can be easily shared via the online medium (Internet) or the physical medium ( USB, CDs ), MP3 files can be played by many types of devices like CD players and Apple iPods, You can play MP3 files with media players such as Winamp, Windows Media Player or QuickTime.

The compression ratio is not fixed, So, The user is free to compress the files to the desired size, by having the trade-off between the file size & audio quality, Less compression will give better audio quality but a larger file size.

Individual artists, new entrants & music companies can promote their music online, MP3 technology has eliminated the need for a recording studio, The music can be developed & mixed anywhere and it can be promoted online. 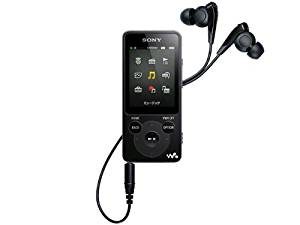 The time taken to download & upload the files has reduced significantly, MP3s can be downloaded through HTTP or FTP sites, Earlier if a single music file download would take hours, The time is reduced to only a few minutes with MP3 technology.

The other benefit of MP3 is ID3 tags, The ID3 tag of the MP3 file stores the artist name, the song title, the year & the genre, We can create our own playlists due to the digital format of MP3 files, If many copies of the same file are created, The audio quality will remain the same & this technique is known as serial duplication.

The typical MP3 player can play music for days without repeating songs, Portable MP3 players have been developed to allow the consumers to take their music anywhere, by allowing the consumers to “rip” the tracks from audio CDs & compress them, greatly reducing their size.

You don’t need to be a computer expert to use MP3 players and they have many clear-cut advantages over portable CD players, However, the higher audio quality of CDs has prevented them from becoming obsolete.

MP3 players have a superb advantage over CDs in terms of storage capacity, While the standard CD holds approximately 700MB of data or 80 minutes of recorded music, The typical MP3 player holds between 2 and 80GB of data depending on the type of device.

The tangible products have disadvantages, you should allocate the space to store the CD collection and protect the discs to prevent damage, The MP3 player does not grow in size as you add music & scratches do not cause it to skip.

MP3 players are small & light, They have the benefit of becoming smaller with each new generation as technology improves, Few MP3 players are larger than the deck of cards and most are significantly smaller.

Many MP3 players can perform other tasks in addition to playing music, Some features available on high-end MP3 players include the ability to play videos, run applications & browse the Web, These features are common on MP3 players with large touch-sensitive displays.

MP3 players can carry an enormous number of songs through the use of digital music compression, So, The owners of MP3 players don’t have to carry their cumbersome collection of CDs with them, making MP3 players excellent for travel.

Digital music is available on the web because of the MP3 format, While CDs must be physically shipped, Digital music can be quickly downloaded off the Internet, This allows the MP3 player owner access to a far wider selection of music as well as the ability to sample the tracks easily before purchasing them.

CDs can be scratched, causing them to skip, MP3s are generally skip-free, if the MP3 is encoded with a skip, it will play back that way and unlike the CD, It can not be cleaned, You can teach people how to manipulate sound, No moving parts, so, It doesn’t skip or jump.

Mp3 players are smaller than CD player so it fits in your pocket, So, You can listen to your music while on the move, It can fit a larger amount of music on the MP3 player compared to the CD and it is easy to distribute music at nearly no cost.

The sound quality of the MP3 format is not as good as that of the CD, So, CD players provide clearer audio than do MP3 players, Although MP3s can be compressed at a higher bit rate, Most are encoded at 128 kilobits per second, compared with CDs, on which the listener receives sound at 196 kilobits per second, about 50 percent higher.

The biggest drawback is the low audio quality, MP3 uses the lossy algorithm which deletes the lesser audible music content to reduce the file size, thus compromising on the music quality, Music piracy increased to a greater extent, and Cheaper or free duplicate versions of the original music files are available on the Internet for download.

The data is susceptible to losses due to malware or virus attacks, The people who used the file-sharing service, They had their computers accessed by hackers, and MP3 players are generally more expensive than CD players.

MP3 compression may discard as much as 90 percent of the data from the original recording without a significant drop in sound quality, Nevertheless, listeners with exceptional hearing or high-end earphones may detect slight differences between the MP3 file & the original uncompressed CD recording.

When you purchase the CD, you get the tangible product which may include the items such as the booklet with the lyrics & the photographs, Some MP3 files purchased online may include these items, but they can be difficult to see on the small screen of the MP3 player.

Unlike CDs, The albums on MP3s cannot be resold, When people purchase the song from iTunes or another online MP3 store, They are not so much buying the song as indefinitely leasing it, Which may limit the ability of the owners of MP3 players to refresh their libraries frequently, unlike owners of CD players, they cannot legally trade their songs for new ones.