Android 9 Pie is the 9th edition of Android, There are new features such as the home button turned into a slide, The most visible change is the change of the home button, It’s not a three-dots button but turned into a slide instead, The menu screen can be changed by sliding the bar left & right, Android Pie offers a unique interface that is both attractive & easy to use, Multiple small UI tweaks make this Android version quite user-friendly.

Android 9 Pie is a massive software update, It is easier to use, It comes with helpful features, It offers lots of valuable small changes, It has better display of notifications, It offers improved flow with more speed, It presents more customization, It has Dual Camera Support for developers, It offers privacy improvements at apps, It presents new lock options, It has New Emojis, It comes with better indoor navigation and it is easier to take a screenshot.

Rotation button is another major update in the Android 9, the tasks button can’t be used to rotate the screen, The process becomes a lot quicker and easier with this rotate button, Transitions, button presses, and other tasks are now quicker and smoother than before.

Display Rotation is a new advanced display rotation feature that will probably be the most wildly used feature, If you have the auto rotation feature turned off, every time you rotate your phone the Android Pie will show a rotate icon, The screen will rotate if you click it, else it will disappear after a few seconds. 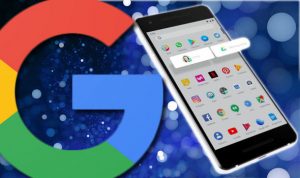 The lock screen in Android 9 is more informative, Showing you the battery percentage, calendar and weather report at a glance, You can enjoy Notifications update in Android 9, Notifications are now more customizable and expandable, Rich content can be visible and you can respond to it right from the notification bar.

Top Notch Setting: Android Pie has also added their support for notches, An important change for the apps not working correctly with the top notches, Andoird 9 adds addition customization to the setting of notches, It will help the apps to adjust themselves in the most effective way possible.

Android Pie comes with Time-Saving Features, The new app actions feature saves a lot of time by predicting and suggesting the apps you are most likely to use, Adaptive Battery feature is another unique feature of the new OS , the OS can optimize the smartphone’s CPU usage which can improve battery performance by up to 30%, Adaptive brightness & battery features optimize the battery consumption and noticeably improve the battery life.

The new dashboard feature is the most intriguing features, Dashboard enables you to see some very useful insights about how you use your phone, it can show how many times you wake up your phone, how much time you spend on various apps, So, The users can shift their focus towards useful apps and optimize their time spent on the smartphone.

The gesture-based navigation is the major headline feature of the new operating system, It is very easy to use and doesn’t take long to respond, Android’s UI had three to four buttons for navigation, but now they have all been folded into one home screen button with Android Pie, You can tap it to go home or swipe it up from the bottom to reveal the recent screen, The new Android home button can react similarly to the iPhone X style.

Android Pie improved ” Do Not Disturb and notification controls”, Shush Feature enables you to put your phone to “Do Not Disturb” mode by simply flipping its screen down, All sounds, lights, and vibrations will be disabled except the emergency calls, because your smartphone notifications can be really disturbing sometimes, especially when you are working.

Adaptive Brightness feature utilizes machine learning techniques to adjust the screen brightness according to usage, The screen brightness of the smartphone can automatically adjust to the environment and activities of the user, and you can set your preferences simply by moving the slider.

App actions are small actions or commands that trigger a certain app, the Android Pie hinges so much on predictability, it has a feature that pops up the actions when the OS thinks you will need them, the OS will automatically show you the music app popup when you plug in the headphones.

Android Pie has volume UIs, when raising or lowering the volume, Android Pie offers a vertical slider on the right side of the phone, On pressing the volume rocker now modifies media volume by default, instead of the ringer volume, Android Pie offers the screenshot feature, On taking a screenshot the OS automatically presents options to edit it, where the user can crop or make changes to the picture before saving it.

Android Pie supports Digital Wellbeing, Google has long been advocating the concept of digital wellbeing and the new dashboard, with helpful insights, it makes sure that you can optimize their time spent on smartphone and improve your digital wellbeing.

Android 9 Pie might slow down the old device like every Android update, Certain phones will be getting this update, the rest of the companies will have to wait a little longer, The gesture setup might be confusing for the new users, Gesture Feature needs some improvements, it needs some fine tuning, The new gesture feature is not completely flawless, Gesture navigation can be inelegant, Some finer controls have been removed.