The advantages and disadvantages of using LED technology

LED means light-emitting diode, It is a semiconductor chip in a reflector, It is connected to an electric wire, When the electricity flows, It causes the diode to illuminate, LED monitors can be large enough but they will not take too much space on the working desk, So, They will cause better visual quality for the user. 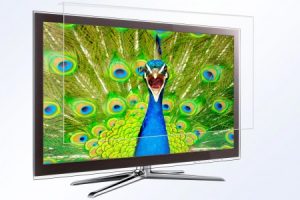 LEDs radiate a “cold light”, and they generate very little heat compared with other lighting technologies, They causes less wasted energy, LEDs have a full range of colors and with appropriate mixing schemes, So they can generate billions of colors.

LEDs have high energy efficient, they are now capable of outputting 135 lumens/watt, They have long Lifetime, Their lifetime is 50,000 hours or more, LEDs are called Solid State Lighting (SSL) because they are made of solid material with no filament or tube or bulb to break.

LEDs are not affected by cold temperatures, They will startup even in subzero weather, They are environmentally friendly as they contain no mercury or other hazardous substances.

LED monitors are usually lighter and thinner than LCD monitors, The fluorescent bulbs used in an LCD monitor are bigger, heavier and they can make the monitor bulkier as compared to the materials used in LED monitors.

LED monitors offer better and sharper colour reproduction as compared to LCD monitors, and the production of LED monitors has been increased which makes them more affordable choices.

LEDs are more expensive than conventional lighting technologies, They must be supplied with the correct voltage and current at a constant flow, And this requires some electronics expertise to design the electronic drivers.

LEDs can shift color due to age and temperature, and two different white LED will have two different color characteristics, So, They affect how the light is perceived.

What are the advantages and disadvantages of watching TV?