The air quality index (AQI) is the number used by the government agencies to communicate to the public how polluted air currently is or how polluted, When the AQI increases, an increasingly large percentage of the population is likely to experience increasingly severe adverse health effects.

The environment offers a wealth of benefits to health and well-being, with clean air being particularly important to a population’s general health, The clean natural environment plays an important role in reducing the burden of chronic diseases.

Air quality data are useful for assessing public health impacts caused by poor air quality, Determining whether an area is meeting the standards, Evaluating changes in air quality as a result of state implementation plans, Different countries have their own air quality indices, such as the Air Quality Health Index in Canada, the Air Pollution Index in Malaysia, and the Pollutant Standards Index in Singapore. 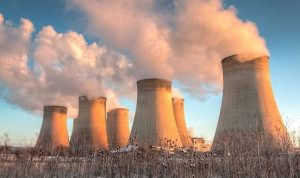 Scientists have different strategies for calculating air pollution measures, These strategies include Reporting of direct measurements from monitoring stations, Reporting of sources, such as the locations of industrial facilities or traffic levels on roadways, Models that may consider either or both of the above types of data along with considerations of weather, topography, and dissipation patterns.

These methods commonly use known values at nearby locations to estimate pollution levels for locations without data, There is another way of measuring the air pollution by looking at the amount which is emitted into the air from mobile sources (e.g. cars, trucks), stationary sources (e.g. industrial facilities), area sources (e.g. fireplaces, road dust), and natural sources (e.g. wildfires, windblown dust).

There are many benefits of using ambient data collected through the Environmental Protection Agency (EPA), state, and local monitoring networks, These measurements of pollution concentrations are the best characterization of the concentration of a given pollutant at a given time & location, The data are supported by a comprehensive quality assurance program, ensuring good data of known quality.

The AQI Computation requires an air pollutant concentration over a specified averaging period, obtained from the air monitor or model, The concentration & time represent the dose of the air pollutant, Health effects corresponding to a given dose are established by epidemiological research.

The air pollutants vary in potency, and the function used to convert from the air pollutant concentration to AQI varies by the pollutant, Its air quality index values are grouped into ranges, Each range is assigned the descriptor, the color code, and the standardized public health advisory.

AQI increases due to an increase in the air emissions (for example, during rush hour traffic or when there is an upwind forest fire) or from a lack of dilution of the air pollutants, Stagnant air, caused by the anticyclone, temperature inversion, or low wind speeds lets the air pollution remain in the local area, leading to high concentrations of pollutants, chemical reactions between the air contaminants and hazy conditions.

If the AQI increases due to fine particle pollution, The public health organizations should advise sensitive groups, such as the elderly, children, and those with respiratory or cardiovascular problems to avoid outdoor exertion, declare an “action day” to encourage voluntary measures to reduce the air emissions, such as using public transportation, They recommend the use of masks to keep fine particles from entering the lungs.

During the period of very poor air quality, such as the air pollution episode, when the AQI indicates that acute exposure may cause significant harm to the public health, agencies may order major emitters (such as coal burning industries) to curtail emissions until the hazardous conditions abate.

Air Quality is determined by both natural processes such as a dust storm or forest fire and by human activities, Unhealthy air is created when the air pollutants like CFCs are found in too high quantities and pose a threat to the human health and to the environment.