The cars are very useful & helpful to the human in the life, They can transport the people to important places such as the work, the hospitals & the schools, but they can also pollute & ruin the environment and they can affect on the human health.

When we increase the use of cars, The risk of traffic accidents will be increased as they are dangerous to the passengers, the pedestrians who do not use the vehicles, the drivers of the cars themselves and the other drivers on the road, The cars can kill many people in the cars crashes, They kill the pedestrians, many people are dying each year & others are being injured. 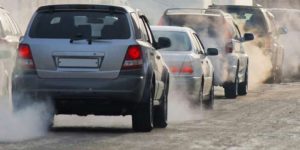 Cars emit the greenhouse gasses such as carbon dioxide which contribute to global warming, Some air pollutants and particulate matters from the cars can be deposited on the soil and the water surface where they enter the food chain that can affect the reproductive, respiratory, the immune and the neurological systems of animals.

Lead is a pollutant that produced from burning leaded fuel, interferes with normal red blood cell creation by reducing important enzymes in the body, Lead damages the red blood cell membranes and it obstructs the cell metabolism, it shortens the lifespan of each individual cell and all of these harmful effects can cause Anemia.

The cars are very expensive, The car exhaust causes chemical pollution for the air & it causes chest & eye diseases, It causes respiratory distress especially in children, elderly people and those who suffer from respiratory diseases.

The exhaust fumes from the engines of cars contain a number of polluting substances such as carbon monoxide and a variety of complex hydrocarbons, Nitrogen oxides and sulfur oxides that cause the acid rain which changes the pH of the waterways & the soils and they can harm the organisms that rely on these resources.

They release the chemicals into the environment that cause severe harm to the human as well as the animals, They burn the nonrenewable fossil fuels, So, they cause pollution which leads to acid rain that can harm both the humans & the environment.

Benzene is one of the pollutants released by cars, It has been linked to lowered immunity and leukemia, The pollutants from car exhaust can also cause coughing and breathing difficulties.

The cars cause smoke which increases the quantity of certain toxic chemicals discharged by the vehicles into the air, the toxic chemicals from the cars can cause severe irritation to the eyes, the nose, the throat, and the lungs, They can also be absorbed into the body and they cause the deterioration in general health.