Genetically modified organisms (GMOs) are the form of scientific farming where the chemicals are pumped to the crops to increase the product sizes and yield , Although this method is highly debated and it has become increasingly common in everyday foods .

Genetically Modified organisms ( GMOs ) are the effective ways to provide the farmers a larger profit, while making them spend less time on the resources,  They are economically beneficial because they are used to repel the pests that prevents the need for the pesticides to be used that means more savings  .

GMOs are known to decrease the food prices due to the advanced crops and lower cost that can lead to cheaper food, It will certainly help the families that can not afford to buy the food they need for everyday consumption,  so, The starvation will be prevented .

GMO process includes adding new genetic material into the organism’s genome , GMOs reduce the prices for the consumers , They are more nourishing to the body & they are proven to be effective , GMOs crops are safe for the human consumption and they are safer compared to the traditional crops . 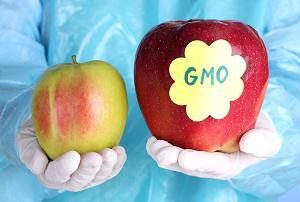 GMO crops increases the genetic alterations knowledge and it makes the genes in the crops more advantageous for the human consumption and production, The plants will be temperature resistant or produce higher yields, It offers greater genetic diversity in different regions where the climate limits the productivity .

GMO crops planted add the nutritional value to the crops that lack necessary vitamins and nutrients, GMOs offers increased flavor and nutrition, Along with the resistances to the insects and the disease , They will help the malnourished populations receive more nutrients from their diet .

Genetically Modified Crops offer the stable & efficient way to sustain enough crops to feed the growing population of the people in the world, GMOs keep the food affordable , when more crops are yielded, the prices can be much lower .

Genetically modified foods ( GMOs ) have a longer shelf life , So , they will last and stay fresh during the transportation and the storage , The crops are more productive and have a larger yield , They will be more resistant & they will stay ripe for long periods, more GMO crops can be grown on relatively small parcels of land .

GMOs increase the resistance to the pests, the weeds and the disease, The crops are more capable of thriving in the regions with poor soil or adverse climates, they require less herbicides & pesticides, So, They will be more environment friendly.

The genetically modified crops can damage the environment , They may cause the threat to the environment , This is because it is not the natural way to plant and cultivate the crops , Possible greed or self-indulgence of the manufacturers and the companies of GMOs , This is due to the profit which can be acquired .

The pollen from the genetically modified plants is contaminated & will have the same resistance properties as the crops, When this pollen is around the other plants, they cross pollinate, GMO foods can encourage the authorities to implement higher tariffs to the merchants , who will be selling them .

Some genetically modified foods have the antibiotic features which are built into them, making them resistant or immune to the viruses or the diseases, these antibiotic markers will persist in our body and they will render actual antibiotic medications less effective .

The resent genetically modified foods can pose significant allergy risks to the people, The genetic modification adds the proteins that are not indigenous to the original animal or plant which may cause new allergic reactions in our body .

Some organisms in the ecosystem can be harmed, When we remove a certain pest that is harmful to the crops, we can remove the food source for a certain species, genetically modified crops can cause toxic to some organisms that can lead to their reduced numbers or even extinction.

GMO foods contain the substances that may cause the diseases & the death to many species , The humans , mice and butterflies can not survive with these foods, GMO can create new diseases, they are modified using viruses and bacteria and it can threat the human health.

The genetically modified foods may escape into the wild, The genes from the commercial crops that are resistant to the herbicides may cross into the wild weed population, So, They create super-weeds that have become impossible to kill.

Some countries can use the genetic engineering of foods as a weapon against their enemies, these products can kill a lot of individuals in the world by using the harmful diseases, Genetically modified food can be a costly and lengthy process.