What is the human genome project (HGP) ?

It is the detailed map included all the human chromosomes, This project started in October 1990, All our genes together are known as our genome, It aims to the discovery of all the human inheriting factors ( the genes), And it identifies the various hereditary functions to the human.

The human genome determines the complete sequence of all the 3 billion pairs of nitrogenous bases to obtain a detailed map of this sequence which help the scientists to understand the human biology and identify the single difference in the genome between one person and another .

The human genome aims to complete the mapping and to understand all the genes of the human beings, And the human genome was the natural culmination of the history of the genetics research . 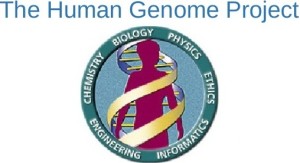 The results of the project

The scientists discovered that the DNA is similar in the humans by a ratio of more than 99 % but the single difference by a ratio of less than 1 % could affect to a great extent the acceptance of the individual to the harmful environmental effects like the bacteria, the viruses, the poisons, the chemicals, the medicines and various treatment .

Genes therapy means the replacement of the damaged gene that is responsible for the disease with a healthy one to treat this disease, or introducing healthy genes carrying desirable hereditary information inside the cell, and the gene , in this case, is considered as a medicine .

The treatment by the genes presents the opportunity for the human body itself to provide the capability to create some of the materials ( the medicine ) and in the appropriate time with the possibility of continuing the treatment all its life.

The gene therapy is the way to fix the genetic problem at its source, many polymers are either expressed as the proteins, they interfere with the protein expression, or possibly correct the genetic mutations .

The most common form uses DNA that encodes the functional, the therapeutic gene to replace the mutated gene, The polymer molecule is packaged within the vector that carries the molecule inside the cells.

The gene therapy is the experimental technique that uses the genes to treat or prevent the disease, In the future, this technique may allow the doctors to treat a disorder by inserting the gene into the patient’s cells instead of using the drugs or the surgery.

Although the gene therapy is the promising treatment option for a number of diseases ( including the inherited disorders , some cancer types , and the certain viral infections ) , It remains risky and it is still under study to make sure that it will be effective and safe .

The gene therapy is being tested for the treatment of the diseases that have no other cures only, It is the therapeutic delivery of the nucleic acid polymers into the patient’s cells as the drug to treat the disease.