Mechanical waves are the waves that propagate through a material medium (the solid, the liquid, or the gas) at a wave speed that depends on the properties of that medium. The mechanical waves need a medium to travel through, They do not travel through free space (the vacuum).

The mechanical wave is the wave that is an oscillation of the matter, and therefore it transfers the energy through the medium, While the waves can move over long distances.

the movement of the medium of the transmission, the material is limited, So The oscillating material does not move far from its initial equilibrium position.

Mechanical waves transport the energy that propagates in the same direction as the wave, Any kind of wave (mechanical or electromagnetic) has a certain energy, They can be produced only in media that possess elasticity and inertia.

Mechanical waves differ from electromagnetic waves because the energy is transferred through another medium like the metal in a slinky, rather than through the vacuum such as light through outer space.

The mechanical waves act as the propagation of the disturbance through the material medium due to the repeated periodic motion of the particles of the medium.

The mechanical waves are characterized by: 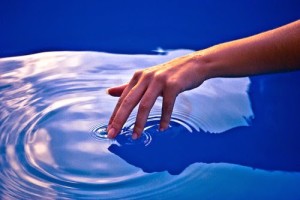 The nature and the properties of the sound waves