Bitcoin is considered a crypto-currency because it uses the cryptography to secure the transactions , Bitcoin payment processing is conducted through the private network of the computers and each transaction is recorded in a public record known as the blockchain .

The digital currencies , Bitcoin included , are gaining huge popularity today due to various socio-economic pressures influencing various fiat currencies around the globe , Bitcoin has no Banks affiliation and it is based strictly .

Bitcoin is still too new , It is only a few years old , There is lack of awareness & understanding , Many people are still unaware of digital currencies and Bitcoin and there are no mechanisms to recover stolen or lost Bitcoins .

The businesses are accepting the bitcoins because of the advantages , but the list is relatively small compared to the physical currencies , if they do not have a knowledgeable staff which understands the digital currencies , All the workers should be educated on Bitcoin to help the customers . 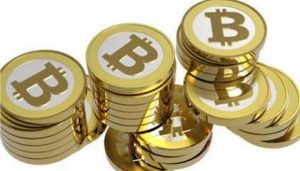 Due to lack of proper valuation systems , Bitcoin can be subject to high volatility in price , the value of the Bitcoin has gone from $200 to over $1000 in just months , If you keep Bitcoins, you have to deal with their volatility , To get the sense of just how much Bitcoin can fluctuate .

Bitcoin valuation is fluctuated , The value of Bitcoins is constantly fluctuating according to demand , This constant fluctuation will cause Bitcoin accepting the sites to continually change prices , It will cause a lot of confusion if a refund for a product is being made .

Bitcoin is still developing , If more businesses , medias and trading centers begin to accept Bitcoin , Its price will eventually settle down , Bitcoin’s price bounces everyday mainly due to the current events which are related to the digital currencies .

Bitcoins are not widely accepted as payment in many places  , They are accepted by a very small group of online merchants , So , It unfeasible to completely rely on Bitcoins as a currency , There is a possibility that the governments might force the merchants to not use Bitcoins to ensure that the users’ transactions can be tracked .

The wallets can be lost , If the hard drive crashes , or a virus corrupts the data , and the wallet file is corrupted , so , Bitcoins will be lost , This can bankrupt a wealthy Bitcoin investor within seconds with no way form of recovery , The coins that the investor owned will be permanently orphaned.

There is no buyer protection , When goods are bought by using Bitcoins and the seller doesn’t send the promised goods , You can not reverse the transaction , The transactions are irreversible , They can be refunded by the person receiving the funds , If your wallet or another bitcoin fund is hacked , you probably have to eat the loss .

There are many risk of unknown technical flaws , Bitcoin system can contain unexploited flaws , As it is a fairly new system , if Bitcoins were adopted widely , and a flaw was found , it can give tremendous wealth to the exploiter at the expense of destroying the Bitcoin economy .

As Bitcoins do not have a physical form , It can not be used in physical stores , It would always have to be converted to the other currencies , The merchants would find it unfeasible to support all Bitcoin cards , So , The users would be forced to convert Bitcoins anyway , unless a universal system is proposed and implemented .

Because of the anonymity of Bitcoin , The users should be worry of illegal activity when conducting the transaction due to the blockchain itself , You have to maintain a healthy level of caution when trading with someone as transactions can not be undone and you can not track down the other person .

Bitcoin scalability is another issue for long-term users , As the infrastructure for this currency has not undergone any improvements , Future adoption of more people could lead to a very congested and slow system .

Bitcoin is untraceable , This feature of Bitcoin can attract the crime , The people can buy and sell the drugs and the other illegal items with less risk of being traced by the authorities , Bitcoins is similar to the regular cash that is used by the criminals , So , It may bring unwanted attention from governments that will outlaw Bitcoin .

Bitcoin is easy to lose , If your credit card is stolen or somebody hacks into your bank account , You will not lose your money as the banks will fix your balance , Even cash can be recovered if the police acts fast but with Bitcoin if you lose it , You will lose it for ever .

Bitcoin is hard to trade , You can’t use the credit card to buy Bitcoins online specifically , You can not buy them or sell them , There are many exchanges which offer such services in various ways , but it is not as easy as transferring the money to and from a PayPal account just yet .