Sony Xperia Z 2 has 5.2 inches TFT capacitive touch screen with a screen resolution of 1080 x 1920 pixels resulting in a pixel density of 441 ppi and has 16M color depth, The display is shatterproof and scratch-resistant glass, and the internal storage of the device is 16GB and supports microSD card up to 128 GB.

Sony Xperia Z 2 has features as MP autofocus primary camera with LED flash and 2.2 MP front-facing camera, Both the front and the back cameras can record 1080p HD videos at 30fps. It supports both USB and WiFi tethering, and it can be used as a modem to connect to the internet from PC with its tethering capability, and it has Bluetooth 4.0, NFC and micro USB 2.0.

The processing speed of  Sony Xperia Z 2 is very high, and it goes between apps, the games and the content with absolute ease, Sony Xperia Z 2 has IP57 certified water and dust resistant build, It has an appealing distinctive design, It has great camera performance, It has memory expansion option, And it has powerful performance with a quad-core processor.

You can capture the perfect photo with the 13mp camera, It is a high-quality camera, It has exmor lens does not disappoint and with the features such as superior auto, Sweep panorama, Burst, and Scene selection. The clarity & colour depth of Sony Xperia Z 2 screen help you make watching the video content a pleasure, The images look great too and the mobile BRAVIA engine 2 ensures the display is set up to display videos and images at their best. 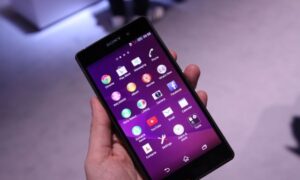 You can flash custom ROMs or kernels, You can always root your Xperia Z 2, and you do not need to worry about losing the root when the new software updates come out, Sony Xperia Z 2 has a level of resilience to the dust and the water.

Sony Xperia Z 2 screen seems to attract a large amount of dust and grease, Sony Xperia Z 2 design with the glass on both sides naturally attracts the fingerprints and the dust, The screen protector Sony decided to cover both the front and back with, This is not scratch resistant and picks up small and large scratches easily, underneath the non-scratch resistant protector after all is a scratch-resistant glass.

You can use the STAMINA mode to try and increase the battery life as it can be short, The biggest drain of the battery is the display, When you turn down the brightness and turn off the BRAVIA 2 engine, It will extend it slightly.

All the processors and the electric chips create the heat while they are in use, and the heat from Sony Xperia Z 2 Board remain inside of Xperia Z 2 that is why you feel its back cover heated up when using it, Heating up the device is also because of the Rom software that you are using.

Sony Xperia Z 2 back cover is not tight up with any kind to screws, It is assembled with the chemical seal material, this seal is lost up when it is heated, And it is not water and dustproof.

Sony Xperia Z 2 heats up so much during use, and its back cover reaches up to 38 to 42 Degree temperature, that will be the effect on the back cover seal, The life of the seal will also be affected with it.

During unlock, the data partition will be wiped, your SD card will be wiped too, Your Sony Xperia Z 2 warranty may void, DRM keys will be lost permanently, You will not have the ability to use some of Sony’s official service such as Track ID.

The previous Xperia devices have problems after unlocking especially after receiving the OTA update, You should deny the OTA update, Sony Xperia Z 2  has non-removable Li-Ion 2330 mAh battery, and the low light camera performance is not very great.