What are the advantages and disadvantages of iPhone 4S?

iPhone 4S has very snappy processing, It does not become sluggish even after installing apps, it has amazing software support, very good battery life, the camera is great, the visuals are very nice and eye-catching, touch screen sensitivity is mind-blowing.

iPhone 4S has a new camera with 8MP with easy editing features such as crop, rotate, enhance, and red-eye reduction, It features a backside illumination sensor and a bigger aperture which provides better low-light and white balance correction, It features face detection and image stabilization besides the capability to capture HD 1080p video. 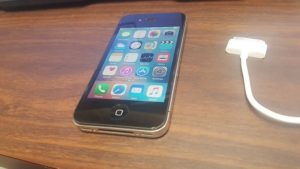 It has the custom A5 chip, So, it has a faster processor which is the one that the users will find on the iPad 2, So,  the iPhone 4S is faster in the processing speeds, downloads, and the games.

iPhone 4S has  A5 processor 1GHz, dual-core processors, along with dual-core GPU, The new chipset will make the iPhone 4S work faster 2-fold, and the image display 7 times faster than the iPhone 4, The iPhone 4S repels oils in your fingers as it has an oleophobic coating on its glass exterior, So, it is resistant to fingerprints.

It can be used in many places around the world as it is compatible with CDMA and GSM cellular bands, It is turned into a voice recognizing personal assistant, and it is very useful to the blind and for hands-free texting.

The iPhone 4S software adalaah IOS 5,  Siri which is a voice command technology, The special features that only exist in the iPhone 4S allows the users schedule the meetings, They can find nearby restaurants, They can know the weather just by the voice commands.

The iPhone 4S doesn’t have NFC (near field communication), So, It makes the mobile payments are not possible, It can not be in use in 4G networks.

It has many good apps which are paid (not free), The hardware cannot be opened manually like other phones,  There is not a large screen, and it is too dependent on iTunes for loading the multimedia content.

iPhone 4S does not bring many changes to the previous iPhone, it has no additional external memory, it does not support LTE technology, and it has no hardware shutter key for the camera, It has no microSD card slot, the iPhone 4S is not 4G yet, and it is very expensive.