2G technology means second-generation wireless telephone technology, It is based on the technology known as the global system for mobile communication or in short we can say GSM, This technology enabled various networks to offer services such as text messages, picture messages & MMS (multimedia messages).

GSM has enabled the users to make use of the short message services (SMS) to any mobile network at any time, SMS is a cheap & easy way to send a message to anyone, other than the voice call or conference, This technology is beneficial to both the network operators & ultimate users at the same time.

Second generation was launched in Finland in the year 1991, All phone conversations are digitally encrypted, 2G networks are more efficient on the spectrum, They can allow far greater mobile phone penetration levels and 2G introduced data services for mobile, starting with SMS text messages.

2G technology is more efficient, 2G network holds sufficient security for both the sender & the receiver, All text messages are digitally encrypted, This digital encryption allows for the transfer of data in such a way that only the intended receiver can receive & read it, These digital signals consume less battery power, so, it helps in saving the battery of mobiles. 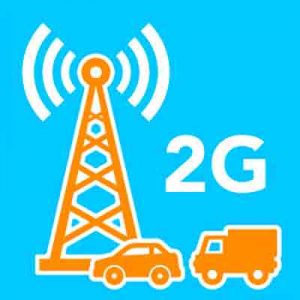 Interim standard 95 is the first & the foremost CDMA cellular technology, It is most famous by its brand name known as cdmaOne, It makes use of the CDMA to transfer voice signals & data signals from cellular phones to cell sites (cell sites are cellular network).

The digital systems were designed to emit less radio power from the handsets, This meant that the cells had to be smaller, so more cells had to be placed in the same amount of space, This was possible because the cell towers & related equipment had become less expensive.

2G technology is useful to both the users & the network operators at the same time, Digital systems are embraced by the consumers for many reasons, The lower-powered radio signals require less battery power, so, The phones last longer between the charges & the batteries can be smaller.

2G technology offers improved privacy that was not possible with the earlier technologies, 2G phones are more private than 1G phones which have no protection whatsoever against eavesdropping, The digital cellular calls are harder to eavesdrop on by use of the radio scanners, While the security algorithms used have proved not to be as secure as initially advertised.

The digital calls tend to be free of static & background noise, The digital signals require very little battery power, The mobile phone connections in different countries of the world are based on digital signals and 2g technology.

The other advantage of 2g technologies is that the lower power emissions have helped in dealing with health concerns, Nobody wants any unforeseen health concerns arising due to the use of any technology.

2G technology introduces the digital data services such as SMS & email that have allowed the world to shrink & come closer, You can not have two or more cloned handsets having the same phone number, under 2G technologies, This has helped in reducing any chances of fraud to a minimum.

The digital data service is used to assist the mobile network operators to introduce short message service over cellular phones, digital encryption has provided privacy & safety to the data & voice calls, and SMS is a cheap & easy way to communicate with anyone.

You can see many advantages of 2g technology, But using the 2G technology requires powerful digital signals to help the mobile phones work, the digital signals could be weak if there is no network coverage in any specific area.

The weaker digital signal transmitted by the cellular phone can not be sufficient to reach the cell tower in less populous areas, It causes a particular problem on 2G systems deployed on higher frequencies, but is mostly not a problem on 2G systems deployed on lower frequencies, The national regulations differ greatly among the countries which dictate where 2G can be deployed.

The digital signal has a jagged decay curve, unlike the Analog which has a smooth decay curve, Under unfavorable conditions, The digital will have occasional dropouts and may fail completely if the conditions worsen, As distance increases, The analog reception degrades gradually, but digital reception abruptly transitions from clear reception to no reception.

The digital will start to completely fail, by dropping calls or being unintelligible, while analog slowly gets worse, generally holding a call longer and allowing at least some of the audio transmitted to be understood.

Although the digital calls are free of static & background noise, the use of lossy compression by the codecs takes a toll and the range of sound that they transmit is reduced, You may hear less of the tonality of someone’s voice talking on the digital cellphone.

The pulsed nature of TDMA transmission used interferes with some electronics, such as certain audio amplifiers, Because the intellectual property is concerted among a few industry members, It can create obstacles for new entrants and it limits the competition among the phone manufacturers.

2G is less compatible with smartphones functions, Data transmission speed can be more than 4 million bits per sec in 3G technology but it is less than 50,000 bits per sec in 2G network, GSM offers a fixed maximum cell site range of 35 km which is imposed by the technical limitations.

One could have a backup handset in case of damage or loss, a permanently installed handset in a car or remote workshop, and so on, With digital systems, this is no longer possible unless the two handsets are never turned on simultaneously.