3G technology allows for advanced technology , multimedia services & larger network capacity , It helps a wider variety of cell phones to operate on the network , It allows a wider radio spectrum which helps in faster data transmission and the carriers can deliver 3G at a reduced cost compared to 2G .

3G technology allows location based services such as the weather reports on the mobile , It is cheaper for the providers , however , The plans are more expensive due to the high cost of implementation of 3G network , 3G technology enables video calls , business conferencing between cities , states and even countries .

The picture messaging allows the products , progress or problems to be shown visually , The applications that are more data intensive can be developed & used , 3G technology helps the people to access music , pictures & videos with ease creating a bigger & open market for those industries in advertising . 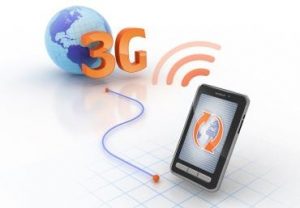 Business men with 3G cell phones can travel without renting or buying new phones due to the 3G network , Bandwidth is the measure of transmission capacity , High bandwidth allows you quick & easy access to all of your favorite online multimedia & Internet tools , just like you were at home on the computer & it is one of the selling points of 3G .

You can pay the bills , book dinner reservations , update social networking pages & check emails , all on-the-go , While the maximum bandwidth for the stationary 3G device is 2.05 megabits (Mbps) , when you are moving slowly (such as walking) , this drops to 384 kilo-bits (Kbps) .

If you & your device are moving at high speeds (such as in a car) , the maximum bandwidth drops to 128 Kbps , But this is still 10 times faster than the maximum bandwidth of moving 2G devices , The smartphones which are equipped with 3G Internet access have all of the capabilities you need to conduct business or personal tasks on the road .

The high speed connectivity allows mobile device users to use video conference , browse the Internet , communicate with the others via social media and download multimedia quickly in addition to enjoying all of the 2G applications except with higher bandwidth .

Most Internet Service Providers provides you with 3G data cards & 3G modems to equip your laptop PC with high speed Internet access , If you have an account with your ISP , you can simply insert the data card in your PC or connect the 3G modem via one of the USB ports on your laptop .

When you use your 3G mobile device to make calls , you can see the person that you are talking to & vice versa , when the other person has 3G connectivity & the device with a web cam , The high speed broadband connectivity makes video conferencing easy & efficient , You can also use chat more efficiently & update your social networking pages a lot easier due to the higher bandwidth .

With 3G technology , you can download movies very quickly thanks to the increased rate of data transfer & you can watch your favorite TV shows on Internet TV , If you use your mobile device for business documents , The files download faster which saves you time & allows you to complete tasks faster .

The service provider has to pay high amount for 3G licensing & agreements , The problem with the availability of handsets in few regions & their costs , 3G networks need different devices & the power consumption is high .

3G plan prices for cell phones are much higher than 2G , The cost of acquiring 3G Internet can be a disadvantage depending upon availability in your location , The frequency of 3G transmission is different so this means that the cellular service provider must install the proper configuration at each base station which can be costly .

3G technology implementation may be costly , The cost of installation is usually passed on to the 3G consumer , the consumer is required to purchase a mobile device that is 3G enabled which is an added expense in addition to paying for 3G service , 3G technology requires the modification of current cellular base stations .

A lot of devices are designed to automatically pick up the closest , free-to-access Wi-Fi signals , You won’t have to pay anything for Internet , 3G devices require more power than most 2G models in addition to being more expensive , So , You will use bigger batteries , There will be shortage usage periods between recharging & more bulky handsets overall .