Offshore drilling is the activity which has both economic and environmental impact, It is the mechanical process done to explore and draw out the petroleum from the rock formations underneath the sea bed and it is almost the same as onshore drilling.

The oil is one of the most important raw materials in the world especially for the industrialized nations,  everyone has a need for the oil in one way or another, It fuels the vehicles, the airplanes, the drives machinery and oil is also important for the economy . 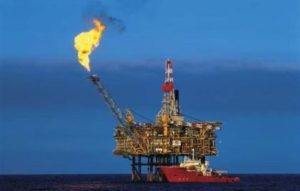 Offshore Drilling increases the overall supply of the oil that hits the general market, Oil is the commodity which is based on supply and demand, By committing to offshore drilling, the possibility of adding more oil to reduce the local costs becomes possible.

Offshore Drilling provides the nation with some energy self-reliance, the majority of the world’s oil comes from the OPEC conglomerate that means the flow of oil and its prices are somewhat out of local control.

Although the investors can put the money into the futures market to predict higher or lower costs,  Offshore drilling will help to limit the impact of such event occurring, Offshore Drilling offers self supporting, The oil drilling which happens offshore brings in the abundance of petroleum.

The fossil fuel is necessary for most everyday functions, We depend heavily on the foreign countries to supply us with the fuel, With the offshore drilling we can gain the best state of independence and not be so vulnerable to outside influences.

Offshore Drilling creates many local jobs, The local jobs have the ability to stimulate the local economy, Local dollars that are spent locally have nearly double the value of outside dollars, So, everyone is able to improve the overall quality of life as more money typically means more services being received.

The jobs in offshore drilling will create more local jobs to support the drilling and this trickles down throughout every sector, Offshore Drilling can help the developing nation transform into the industrialized nation.

Offshore Drilling offers more jobs, It requires many skilled people to operate the equipment, It creates the entire world of jobs that benefit many people and their families, There are towns set up to revolve around and cater to the offshore drilling workers.

Offshore drilling is the method of extracting petroleum from beneath the sea, Offshore Drilling increases the oil production and the amount of oil that we have to use for the fuel and the energy, It stimulates the economy and keeps our society going.

Offshore Drilling reduces the oil prices, If the oil is being produced on home soil, then the foreign countries have no say in the prices of the oil that are often inflated, The costs of transportation are cut with the offshore drilling, So,  the price of oil is decreased.

Offshore Drilling can be dangerous to the environment, As numerous oil spills and offshore drilling accidents have shown, It causes a lot of damage to the environment, The oil sits on top of the water and it suffocates the sea life that it encounters.

The oil covers the birds, So, they can’t fly and it coats the fur of the other sea species, there is not proper cleaning and treatment and one accident from offshore drilling can create a tremendously large death zone in the sea.

Offshore Drilling is the isolated job that takes on tremendous risk, Working for the oil company can be very profitable but it can be very dangerous because the offshore drilling rigs are very far from the emergency services, Just one accident can cost many lives.

If the rig needs to be abandoned and the worker is unable to swim, They will decide if they want to die by drowning or by the conditions on the rig, Offshore Drilling offers high risk jobs, Working on an offshore oil rig is very dangerous, there are a lot of risks involved such as drowning and the fires and it is very difficult to provide quick assistance to the worker in need.

Offshore Drilling create the pollution, No matter what the personal stance on the global warming may be, there is no denying that the offshore drilling rig produces an enormous amount of the air pollution that can affect the shoreline.

Offshore Drilling can contaminate the food chain, Even when the oil spills and contained or the accidents happen that are deemed to be minor, the impact on the sea life is felt throughout the entire food chain.

Offshore Drilling causes the food chain problems, when the small amount of oil is spilled into the ocean during drilling, the oil contaminates the water that in turn contaminates the fish, It may start with the small fish, even the plankton but the fuel remnants will remain in them.

Offshore Drilling has expensive facilities, It is expensive to get started, The equipment and the rigs that are necessary to complete the process of offshore drilling is very expensive, It takes a lot of people and training, These costs are shifted down to the taxpayers, The huge investment upfront is needed to get offshore drilling rig into place, Without the budget to get the rig started.

Offshore Drilling causes the oil spills, Most oil spillage from offshore drilling is a very real possibility, These spills cause the catastrophic damage to the environment and the marine life in the ocean.

Offshore Drilling causes huge amounts of carbon emissions, The drills which are used to drill into the seabed cause a very high amount of carbon emissions to be put into the atmosphere, It impacts the environment and it contributes to the growing global warming problem.

Offshore Drilling can affect on many industries, Tourism is affected with the presence of offshore drilling, Resort owners are against these activities, The environmental and tourism advocates claim that these activities drive away tourists and they will compromise the people livelihood and the establishments in these resorts.

The boiling point and separation of the petroleum oil