Controlling the pests with their natural enemies , including the parasites , the predators , the diseases & competing the organisms , is called the biological control , It is an alternative to using the broad-spectrum pesticides , that kill off the beneficial insects as well as the pest organisms , It is an environmental friendly method & it does not introduce the pollutants into the environment .

The biological control minimizes the environmental , legal & public safety concerns , Integrated pest control uses the bio-agents in combination with the other measures , The biological control agents are called the bio-agents , leave behind no long-lasting residues which remain in the environment , They don’t leach into the groundwater or create the resistant strains of the insects .

It is highly specific to one pest , It can either be less or more expensive than the pesticides , You can incur significant expense studying , choosing , testing & breeding the bio-agent , A long term solution if equilibrium is established , Biological Pest Control is inexpensive over the long term & it can be used in a glasshouse . 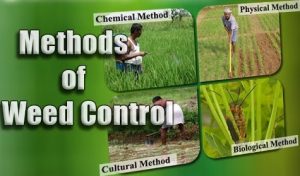 It is an alternative to the pesticides & the poisons , When you remove the organism from the food web , It can disrupt all the others around it  , so , you have to be very careful , biological control is a better , safer method of control than using pesticides .

Biological pest control is the use of the natural predators as agents to attack the weeds , The biological control agents are the insects , but fungi , bacteria & nematodes are sometimes used , Some fungi attack the insects & kill them , The fungal spore penetrates the insect & grows throughout it , It takes about a week for the insect to die , Fungi are cost-effective unless a high application rate is needed for heavy insect infestations .

Biological Pest control is a very specific strategy , whatever the predator is introduced will only control the population of the pest they are meant to target , making it a green alternative to the chemical or the mechanical control methods , whereas the weed killing chemicals can destroy fruit-bearing plants , The biological control allows the fruit to be left uninterrupted while the weeds are destroyed .

Biological pest control does not have adverse effect on the human health or the environment , It is self-sustaining , It can be cost effective , When the cost of testing & introducing control agents has been met , the on-going costs are small , There is no need to find & identify every individual weed to be treated , An effective agent will search out all suitable plants of the weed .

Development of the host resistance is not a problem , The biological pest control is compatible with most other control techniques ( except sometimes the use of the insecticides & the herbicides ) , The biological control reduces the competitiveness & reproductive capacity of the weed , making it more manageable .

The great benefit of this method is its selectivity , There is a restricted danger of damage to non target plant species , Biological control does not create new problems , like conventional pesticides , Selectivity is the most important factor regarding the balance of the agricultural ecosystems because a great damage to non target species can lead to the restriction of natural enemies’ populations .

The biological control agent (BCA) can be deployed in the agricultural ecosystem , so as not to damage non target pests , depends on appropriate host specificity tests which determine the potential host range .

Another benefit of the biological control method is the environmental safety of BCAs , The pest is unable (or very slow) to develop the resistance , The biological control can be cost effective , Its effectiveness is based on the self-perpetuation & self-propagation , So , if we establish a control agent in a specific area , it will reduce the target pest in an acceptable threshold for quite long time .

The biological control is the attractive alternative to the agrochemicals , the use of environmentally friendly alternatives to the chemical pesticides are absolutely required in agriculture , No chemicals are used , so , there’s less pollution , disruption of the food chain & risk to the people eating the food that has been sprayed .

BCAs are more susceptible to the environmental conditions than the chemical control , This consequently causes the fluctuations to the pest populations , It reflects to the product quality , to the crop yield and of course to the price of the product on market , if the annual harvest of the crop is not stable , it will affect the grower’s income stability .

Biological control is a slow process , It takes a lot of time & patience for the biological agents to work their magic on the pest population , whereas the other methods like the pesticides work offer immediate results , The upside to this is the long-term effect biological control provides .

It can be fickle , you can’t control whatever natural enemy , you set loose in an ecosystem , While it is supposed to manage one pest , your predator will switch to a different target , they may decide eating your crops instead of the insects infesting them , but when you introduce a new species to the environment , there is a risk of disrupting the natural food chain .

Although it is cheap in the long run , the process of setting up the biological control system is a costly endeavor , A lot of planning money goes into developing the successful system , The predator you introduce may not eat the pest , It could eat useful species , The predators population may increase & get out of control , The predator may not stay in the area where it is needed .

The biological control has slow action , It lacks the immediacy of chemical control , So , During the period required until the natural enemies control the pest population , the pests may be present in the intolerable populations , The agent may become a pest itself , Frequent input is needed to maintain population balance and it needs to be large scale .

The biological control is unpredictable , Its unpredictability lies mostly in the fact that the natural enemies are dependent on the environmental conditions , The deployment of BCAs in a new environment requires a lot of research to succeed the desirable results because of climatic constraints .

The potential agents are expensive to test for specificity , Host specificity testing may take many years to complete because of the need for thoroughness , The biological control operates over large areas , so , it can not be limited to the individual properties or paddock , It does not eradicate the pest organism completely , because if the control agent reduces the pest population too far , it destroys its own food source .