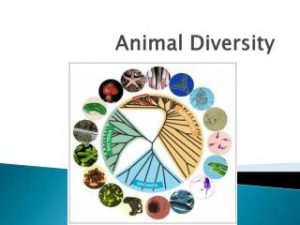 Most of them live in seas and oceans and few live in fresh water , They live individually ( solitary ) or in colonies attached to rocks , They are immobile , It is simple structured , Its shapes are varied where it may be tubular or vase-shaped .

It is hollow and its wall is supported with a skeleton of spicules , fibres or of both and contains many pores and canals , Therefore , sponges are known as porifers , The body opens to outside at its top by a large opening called osculum .

The majority are hermaphrodites , They reproduce sexually by gametes and asexually by budding and regeneration , Example : The sponge animal .

The majority are marine , They live individually or in colonies in water ( They are aquatic animals ) , It has no head , It has a mouth surrounded by appendages and protrusions ( extensions ) called tentacles , It is provides with stinging cells ( cnidocytes ) .

Its cells are arranged in two tissue layers , the outer one contains cnidocytes ( stinging cells ) which are found in plenty on tentacles , for defence and capturing the preys , Examples of phylum Cnidaria : Hydra , Aurelia and Sea anemone .

The majority are parasitic on two hosts and the few are free living , It has a head and it is flatened , So , they are called flat worms , It is composed of three layers ( triploblastic ) and is bilaterally symmetrical , The majority are hermaphrodites , From examples of flat worms : Planaria , Bilharzia and Tape worm .

They live in all environments , some are free , living in water or mud and others parasitize humans , animals and plants ,The sex is separate ( unisexual ) , Examples : Ascaris worms , Flaria worms .

It is cylindrical , tapers at its two ends and unsegmented , It consists of three layers and is bilaterally symmetrical , It has alimentary with two openings , mouth and anus , Its size ranges from the microscopic to what may reach one meter .

Flaria worms exist in the tropical regions of Asia continent , They live in human blood and lymph vessels causing elephantiasis which is transmitted by the biting insects , mainly mosquitoes .

In cases of heavy infections , the worms may become so numerous that obstruct the flow of fluids through lymph vessels causing the swelling of the infected body parts , Therefore, this disease is called elephantiasis .

The majority are free-living in the sea , fresh water or the muddy soils and few are external parasites , It is divided into rings ( or segments ) , It has chaetae ( spine-like structures ) buried in the skin of most worms , to help them to move .

Some are unisexual and few are hermaphrodites , Example : Earth worms which live inside burrows in the soil where they aerate the soil and increase its fertility and Leech .

Hirudin substance is extracted from its saliva , It is used in making anticoagulant drugs and in treatment of inflammation of the middle ear .

It benefits in blood distribution in high efficiency during patching operation after elimination of the cancerous tumor from the breast .