Fungi are heterotrophic , where some are parasitic and others are saprophytic , The majority reproduce sexually , as well as they reproduce asexually by spores , Kingdom Fungi are classified depending on their structure and ways of reproduction into five divisions , the most important ones are :

The hyphae are not divided and spores are produced inside sporangia , such as Bread mould fungus ( Rhizopus nigricans ) which causes the black putrefaction on bread and an enzyme used in cheese industry is extracted from it .

Some are unicellular and others are multicellular with hyphae divided by septa and spores are produced inside sac like structures called asci , Example : Yeast fungus ( unicellular ) , Penicillium ( multicellular ) which produces the antibiotic penicillin .

The hyphae are divided and spores are produced inside a club-shaped structure called basidium , Such as Mushroom fungus which some of its types are used as a human food . 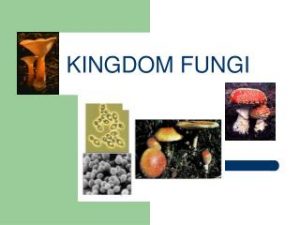 Phylum Rhodophyta are marine weeds consisting of filaments sticking together by a gelatinous coat , Their cells contain chromatophores of red pigments , So , they are called red algae such as Polysiphonia .

Phylum Phaeophyta are marine weeds consisting of simple or branched filaments , Their cells contain chromatophores of brown pigments , So , They are called brown algae , Such as Fucus .

Phylum Chlorophyta : Some are unicellular and others are multicellular , Their cells contain chloroplasts , So , they are called green algae .

They are plants that do not contain vascular tissues specialized in transporting water and food , So , they are named non-vascular plants .

They are terrestrial plants live in damp soils and shaped places because they need dampness greatly to grow and reproduce , They are small sized , green in colour and have hairs for anchorage ( rhizoids ) , They do not contain specialized vascular tissues , Examples : Riccia which is flat , Funaria which is erect .

Phylum Tracheophyta is classified into three classes which are Class Filicatae or ( Ferns ) , Class Gymnospermae or ( Conifers ) and Class Angiospermae or ( Flowering plants ) .

They are simple structured plants , most of them are herbs and few are shrubs or trees , They have stems , leaves and roots , They live in shaded damp places as walls of wells and shaded damp valleys .

They carry pinnate leaves , They do not produce flowers or seeds , They reproduce asexually by spores that found in special structures on the lower surface of leaves , Examples : Polypodium and Adiantum .

Most of these plants are trees and few are shrubs , They carry male and female cones , They carry simple , needle-shaped leaves , They do not form flowers ( non-flowering plants ) , They produce naked seeds ( without coat ) and they reproduce sexually , Such as Pinus .

They are terrestrial plants , have stems , leaves and roots , They carry leaves of parallel or palmate venation , They produce flowers that change into fruits enclosing seeds , They reproduce sexually , They are classified into two groups which are Monocotyledons and Dicotyledons .

Seeds consist of one cotyledon , Leaves are narrow & parallel veined , Flowers have trimerous whorls or their multiples , Bundles of vascular tissues are scattered inside the stem , the roots are fibrous , Such as wheat , onion and palm .

Seeds consist of two cotyledons , Leaves are palmate or pinnate veined , Flowers have tetramerous or pentamerous or their multiples , In the stem , Bundles of vascular tissues are arranged in a ring , The roots are tap , Such as peas , bean and cotton .