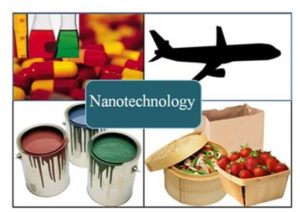 Carbon Nano tubes are stronger and lighter than steel due to the powerful bonds between its molecules , therefore the Nano tubes which have the size of a human hair can easily pull a truck , So , The scientists think to make very strong robes that can be used in the future to make space elevators ( shuttles ) .

Carbon Nano tubes are connected easily to protein , So , they can be used in making biological sensor devices which are sensitive to a certain molecules , The scientists try to use the Nano tubes to make apace elevators because they are stronger and lighter than steel .

They are cylindrical carbon molecules that have unusual properties & they are valuable for nanotechnology , the electronics , the optics and the other fields of materials science and technology , Carbon Nano tubes form a tiny portion of the material(s) in some (primarily carbon fiber) baseball bats , golf clubs , car parts or Damascus steel .

Bucky ball C60 consists of 60 carbon atoms , It is characterized by a group of special properties which depends on its molecular structure , The molecular model of the Bucky ball appears as a hollow football , So , the scientists test the effectiveness of using it as a carrier for a medicine in the body .

Bucky ball used as a carrier for a medicine in the body due to its hollow structure , It can be fixed with the molecules of a medicine and protect it from the reaction with a certain molecules inside the body .

The scientists have discovered that Damascus swords that Arabs and Muslims used long ago have in their composition silver Nano particles that give it a great hardness .

Nanotechnology & Why is the behavior of matter unique ( unusual ) on the Nanoscale?