Macintosh operating system is cleaner and stable operating system than all versions of Microsoft Windows, It is convenient and it is designed to be used on a very limited amount of computers. Apple Macintosh computer is often built with a lot of better materials when compared with most PC computers, and you can access the enormous library of free open source applications.

Macintosh software focuses on its user interface, The software is designed specifically to run on the hardware, So, The operating system is more stable, You are less likely to encounter driver related issues as much of the hardware and drivers that developed by Apple. 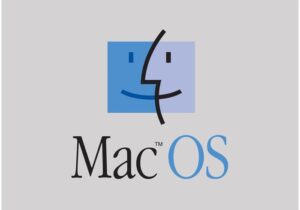 Although many game developers release games for both the Mac and PC, most of them still release their games and updates to the PC first, So, You may have to wait years for a game to be released on Mac if it ever releases. Many of the new Mac Books and other Apple products are starting to use glue to hold the components inside the computer in place, Glue can make repair difficult and expensive.

Macintosh operating system can not be upgraded or customized, There are upgrade options when you buy  Mac but unlike Windows PC, you cannot mix and match the components, The easiest way to upgrade a Mac is to buy a new one.

Playing the games requires Windows, There are few games available for Mac, So,  Macintosh operating system is probably not the best choice, Macintosh computers have not touch abilities yet (not including their iPhones or iPads).

Macintosh operating system requires less maintenance over the life of the system, They have less support and you should go to Apple for all your hardware problems.

Video games still see a wider release on Windows-based PCs, Many current video games released on home consoles like the PlayStation 3 and Xbox 360 are also released for Windows, While some games make their way to Mac.

Macs have fewer hardware choices than Windows, All the common hardware types will work, They are more complex than Windows due to its UNIX base.