Microsoft Windows is a common operating system for the home computer users, It is also commonly found on the workplace and the school computers, Some versions of Windows are used on the servers at the companies and the schools as well, and it is easy to use.

Windows provides ready-made solutions that can be implemented by just about anyone who’s ever used a computer, Because of a large amount of Microsoft Windows users, there is a much larger selection of available software programs, utilities, and games for Windows.

Microsoft has implemented many changes throughout its versions of Windows to facilitate ease of use, While it may arguably not be the easiest operating system, it is still less difficult to use than Linux, Although Windows has the software programs, utilities, and games for free, the majority of the programs will cost anywhere between $20.00 – $200.00+ US dollars per copy, and it has backward compatibility.

Microsoft Windows has a very large user base, so, Most hardware manufacturers support Windows drivers for their products, the majority of Windows programs are not open source, Microsoft has made great security improvements to their operating system over the years, Windows continues to be the most vulnerable to the viruses, the malware, and other attacks. 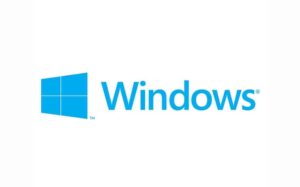 Microsoft Windows includes its own help section, It has a vast amount of available online documentation and help and there are books on each of the version of Windows, Windows has an edge over the competition in the area of Plug and Play support for PC hardware, Windows will usually do a good job at recognizing new hardware.

Over 95% of all viruses and malicious software are written for the Windows OS, This means you have to double-down all the security measures if you are using Microsoft software across the board, only Microsoft has full access to its software’s source code.

The security vulnerabilities of Windows operating systems make them popular targets for the programmers of malicious code, Whether these vulnerabilities are due to their enormous share of the market or coding errors on the part of Microsoft.

Microsoft Windows uses high resource requirements, As opposed to the makers of other operating systems, Microsoft requires its customers to invest the most in their computer hardware, a faster processor (CPU), more internal memory and a larger hard disk.

Windows computers are more likely than other systems to be hijacked and used to distribute everything from spam to pornography to hate mail, Windows does not generate log files.