Windows 7 has a lot of new and nice features that are not in the other versions, It looks nice and it is designed for touchscreen interaction, It is faster than Vista and Windows XP, It is faster than its predecessors, both in terms of installation and boot up time.

Windows defender proved to be the best in giving protection to the system, It has a fast start-up and shutdown, windows 7 update the feature for all the software and the components.

Windows 7 supports Virtual Hard Disks with the support of enhanced performances of multi-core processors which helps to overcome the clutter in the desktop by introducing three new features which are  Aero Peek, Aero Shake, and snap.

Windows 7 has been made much easier than its previous operating systems, and it is probably safe from hackers, It also supports advanced touch and handwriting recognition.

You can download some eye-catching themes and background pictures from its personal Microsoft site or from RSS feed, and you can customize each and every part of the themes and save them for your future use or send to other windows 7 customers.

Windows Media Player has got much-enhanced features in Windows 7 and drag and drop option has been added which were not there in the previous versions. 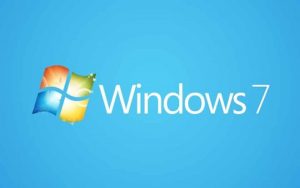 Windows 7 helps you to make the best use of graphic cards from the different vendors, It has included a new concept jump lists which organize the recently used files as well as the web pages.

The BitLocker is a feature that provides encryption for the internal drives in Vista, but it is extended to the external drives in windows 7 which makes backup and restoration much easier.

Word Pad in Windows 7 has improved, and it looks similar to Microsoft Office Word, It can be used to open, edit the file names which was earlier introduced with MS Office 2007, Word prediction is the new feature in Word Pad, and realistic brush has been added in Paint.

The calculator has been enhanced with some new features like the unit conversion, the calculations like the fuel economy and the auto lease payment, and default settings of user account have been eliminated to protect from the unauthorized software to be installed.

You will find fewer crashes on Windows 7 Because Windows 7 is more stable than Windows Vista, and  Windows Media Player has got a lot of enhanced attributes inside  Windows 7, and drag and drop alternative has been added which had been not there inside the earlier versions.

Windows 7  needs a RAM capacity of at least 1 GB, It cannot be easily upgraded from windows XP, It has the drawbacks of upgrading the operating system in an easy manner.

Many applications have failed to run in Windows 7 and they are asking for online support, Some of the users are not satisfied with the new features because they need to buy out the additional resources such as RAM, to make use of them.

It is more expensive than the previous Microsoft operating systems, Some of the users have problems such as their system hangs after installing Windows 7, Only the advanced users are convenient with windows 7, and New users find it difficult to use windows 7 and they switch back to Windows XP itself.

When the user has got an HP multifunction printer,  and its driver getting upgraded for  Windows 7, then the printer doesn’t respond to the print commands, So, the user wants to go to the new HP remedy Center to resolve this difficulty.

Many old software will not work in the windows 7 operating system, and it will be a great problem to search for the windows 7 compatible versions for the particular software, The driver support is not provided for the old systems and the old version of the motherboard, and this disables some of the features in Windows 7.

Only high-end computers can install windows 7 and it can be used only in highly configures systems, many users have encountered the problem of BSOD with Windows 7 and have reported, It occurs often because of the software and the hardware changes in the system.