Windows 10 has a new generation design, It is easy to use social media sites like Facebook, Twitter, It is the latest Windows operating system which features many changes and very eye catchy user interface, It delivers new features on a free upgrade, So, You will not wait for the new release and it has trusted brand name of windows. 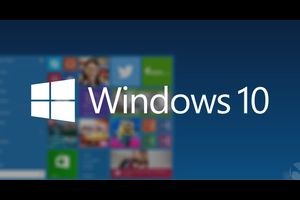 You will be able to cycle through open apps using the familiar Alt + Tab shortcut but there is also a Task View button on the task-bar, Pressing this will show all open apps, allow you to re-arrange them and switch between virtual desktops, There are no more typos in Command Prompt, The power users rejoice as copy and paste will be enabled in Windows 10’s Command Prompt.

Windows 10 can not upgrade the oldest windows versions such as Windows 2000, windows 2001 etc, there is more cost for new PCs with Windows 10, There is no update in Windows media player, It is the same as it was earlier.