The router allows the computers to communicate with the devices in the other networks , It can connect multiple users to the Internet , Connecting to the Internet requires the publicly-unique IP address , Internet offers only a single IP address or charge fees for large amounts of publicly routable addresses .

Routers work on Both LAN & WAN , They offer the path selection , They can filter the broadcasts while leading them between two interfaces , They can be connected to many media & architectures that facilitates the work in some companies , They can connect different network architectures such as Ethernet & Token Ring .

The router offers Internetwork communication , It can choose the best path across the internetwork using dynamic routing techniques , It can reduce the network traffic by creating the collision domains & the broadcast domains .

Routers use NAT ( Network-Address-Translation ) , So , You can add the router with network address translation enabled , Connecting to the Internet through the router with NAT allows the router to use the single public IP address & the series of UDP ports to share the connection ,  connecting the large organization’s computers to the internet becomes virtually impossible without NAT . 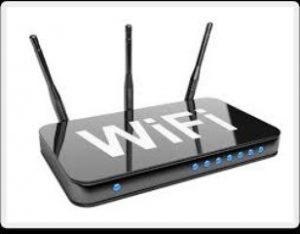 Routers don’t forward the broadcasts by default , They save the bandwidth of network , They can filter the network based on layer 3 ( Network layer ) information ( IP address ) , They offer packet switching & they offer packet filtering .

The routers can deliver the packets of data in an organized way , So , lowering the data load , The routers enable the stead & reliable connection between network hosts , They make use of the alternative parts in case the main parts fail to transfer the data packets .

There are another advanced version of network routers which are the wireless routers , The wireless routers establish the communication link between the devices & the networks without the use of the wires , They will enable you to work any where you want to in your home including your lawn & swimming pool .

The routers can determine the best path/route for the information or data to reach the destination , They are adaptable devices , maintaining constantly changing routing tables to forward the traffic to its destination in the most efficient way possible .

If the external network component fails , The router will be able to recognize this and route traffic to avoid the failed component , Large scale cross-network communication would be very difficult without the routers to proactively manage the traffic in this way .

The routers offer the convenient platform for the other network services , because the routers always sit at the edge of the network , They can be combined with the hardware firewall to create a single device which both routes the traffic & manages the network security .

The routers which are integrated with the modems & the wireless access points are common , with the wireless modem-router often the only hardware needed to create the small network .

The router is more expensive than any other device that can play a similar role such as Hub , Bridge and Switch , Routing updates consume the bandwidth , Increase latency due to greater degree of packet filtering  , the more data it has to filter , the slower the router’s function gets .

You will need to consider quality of service configurations , QoS helps prioritize one type of traffic such as the voice , over others when the bandwidth is limited , As additional services are added , more configuration becomes required to the router .

Routers are complex to maintain , They have security risks , The compromised router can offer the security problems , It can provide the gateway for the malware to access the network , Accessing the router in this way allows the users to intercept traffic as it enters& exits the network , So , unencrypted traffic can be read or altered by the third party .

There are many issues which come from the wireless router , particularly with Wi-Fi network connections , The problems can result from the cheap modem to the router combinations that most telecom companies use .

You should have the wireless adapter using 802.11n or the 802.11ac technology on top of the router with capacity to provide such speeds to acquire the most recent wireless standards .

There is another problem which is the channel saturation , The people who live in the apartments may experience disconnections of the Internet , due to the 2.4GHz spectrum that is still being used in modern devices .

The latest trend among manufacturers is to adapt the 5GHz band aside from the older 2.4GHz , The routers are called dual band routers , which make it capable of connecting to either 2.4 or 5GHz wireless adapters , Dual Band Router is a bit costly compared to the standard routers , So , The prices vary from one manufacturer to another which depend on the model .

There are compatibility issues , It is required that your computer or network adapter should support the configuration for the 5GHz frequency , You can not access the benefits of the 5GHz range , if you have an older PC & its adapters can not use a 5GHz frequency , So , you should buy a cheaper router that support your needs .

There is a problem with 5GHz Range , The range of a 5GHz wireless connectivity will be shorter compared to the 2.4GHz due to the fact that it is on a higher frequency , So , you should be able to keep your devices within the range of both frequencies to take the benefits of the dual band router .