The router allows the computers to communicate over large distances , It is one of the most important components on the network , It directs the traffic across the networks , It is not a replacement for the firewall or anti-malware measures but it is the first step towards a largely secure network environment .

When you establish the computer network  , You need to install several hardware & software components , The data is sent to the next network points in the form of packets , the transfer of packets is carried through the routers , The routers perform the task of delivering & forwarding the information .

Routers are hardware devices which direct the traffic across networks by using different routing table protocols , When the routers connect two or more networks together & use the logical addressing , this is called an Internet Address (IP) , The routers use Routing Table to make the path selections & to forward the packets to the remote networks .

When you connect the Internet modem directly to the PC , exposes that PC to the host of security issues , expanding the direct-connection network becomes complicated without the addition of switches or the router and communicating between the individual PCs becomes difficult . 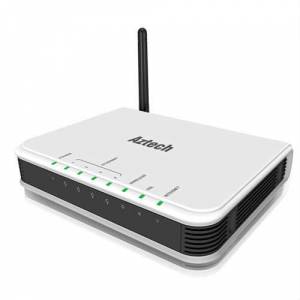 The routers can find the most efficient path between two IP-based networks , There are different types of routers , from small home routers connecting a few devices to the ISP , to the edge routers which maintain massive routing tables & connecting dozens of networks .

Although the point-to-point wire connections provide an alternative , Many modern communications setups require the router to best function , The routers are of many kinds depending on the need of the enterprises , The individuals & the official use , The largest routers such as Cisco CRS-1 & Juniper T-1600 are used to set up network of large organizations & even of the ISPs .

The routers can be divided into three broad categories depending upon the need of the network , First of their kind is the internet connectivity routers , They are large multipurpose routers , These routers are used to exchange & carry the information through the Border Gateway Protocol .

When two border gateway protocols speaks to each other via ASes , It is called the inter provider border router , The router that provides sufficient support to the LAN by becoming the integral part of the LAN is called core router , If the router is inserted to make connection to the DSL or the other networks for the small geographical area , It is known as SOHO routers .

There is the enterprise routers that have three branches access , The distribution & core routers , Low cost SOHO routers are placed at the branch offices for simple routing operations and they are termed as the access routers .

Dual band routers are a solution to signal interference , They provide the users with the ability of switching between frequencies of 2.4GHz and 5GHz to avoid the congestion in traffic , Due to the fact that many household devices will give off 2.4GHz radio frequencies .

The interference can happen to the Wi-Fi signal , because the interference will slow down the speed of the Internet , reduce range of Wi-Fi and cause some intermittent signals , With the use of dual-band routers , you will be able to enjoy the less utilized 5GHz frequency with ease .

Dual band routers are compatible with wireless devices , They are built to function with many different wireless networking equipment , Because they support both the 2.4GHz & 5GHz in which both should be able to work with any network adapter.