Cardano system is more efficient & environmentally friendly than Proof-of-Work as it requires much less electricity, which means transaction fees are lower too, Like most other blockchains, Cardano is decentralized, so, it is not controlled by any single authority, transactions, smart contracts are verified by the community by contributing their computing power, Cardano does things differently to Bitcoin & Ethereum.

The cryptocurrency industry has created lots of opportunities for new & exciting projects to enter the market, one of these is Cardano and its coin, The Cardano project started in 2015, Cardano can create a blockchain that can perform much better than older blockchains like Ethereum, so, it can process more transactions, cheaper transactions, and faster transactions.

The Cardano coin blockchain will allow people to create smart contracts, just like the Ethereum blockchain, smart contracts allow two or more people to enter an agreement without needing a third party, meaning that once pre-defined conditions have been met, everything else is automated. 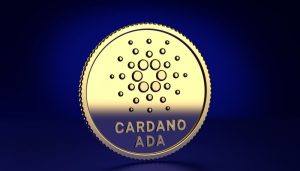 Although there are other Proof-of-Stake blockchains available, the Cardano team built their Ouroboros protocol on top of the standard Proof-of-Stake model, as it ensures everybody gets a fair chance of earning the reward, This is called “The Honest Majority”, so, if people have a big stake in the blockchain (for example, having lots of ADA coins), then they have a reason to make sure that the network remains secure, stable and most importantly – honest.

Founders of the Cardano Platform have issued a native cryptocurrency called ADA with a total supply of 45 billion, developers have produced several cryptocurrency wallets, Project Icarus was released on August 15, 2018, It’s a convenient browser wallet that doesn’t weigh much, Its allure includes a combination of speed & usability, With it, you have the opportunity to create your own applications.

The Daedalus Wallet was developed using a new development technology that provides it with a high level of protection from hacks and vulnerabilities, this wallet was launched to store only native Cardano coins, However, it is planning to add more coins & make a multi-currency wallet and develop an option for Linux.

The developers are going to implement the wallet back end, This will provide HD wallet capabilities and a link between the wallet and the Cardano platform, Wallet owners will be able to create protected HD keys and transactions, they will be able to analyze the blockchain for changes that have impacted the wallet.

Yoroi was the third wallet developed for the Cardano platform on October 1, 2018, This is a light-client desktop wallet, Users can apply it as an alternative option for Daedalus, It allows storage of private keys on the user’s machine without sharing with servers.

Paper wallets were produced for cold storage of the Cardano coin, They provide users with the maximum level of protection against hacks and vulnerabilities, This type of wallet is suitable for long-term deposits that allow one to keep Cardano ADA and private keys offline.

The developers are going to provide users with multi-signature transactions, This option will allow multiple users to share ownership of a wallet, Founders plan to issue debit cards, It will provide users with the opportunity to use the Cardano coin everywhere.

The development of a multi-currency ledger that will enable both the Cardano coin and currencies issued by other platforms to have equal status, It will provide both with protection from hacks and vulnerabilities, validation of payments, and an improved level of efficiency.

With the benefits of smart contracts, every asset that exists on the settlement layer can be converted to provide users with new functions, If needed, an asset can be converted back, The multi-currency ledger will enable the use of different cryptocurrencies within Cardano without applying smart contracts, However, the main benefit of this implementation will be the ability to create your own currencies.

Building sidechains enable different blockchains to interact with each other within Cardano, Developers will build them in the view of separate blockchains, providing users with a greater number of opportunities, Sidechains allow coins to move to a sidechain and back to the main network, This will increase the capacity limits of the main chain, and provide it with new features without forking.

How was the Cardano Settlement Layer (CSL) Built?

CSL is the layer underlying the native cryptocurrency base, One node of the network is chosen to generate a new block, Its probability of generating a new block depends on the number of Cardano coins the node has in their wallet, so, all nodes with stake more than zero are called stakers, They have the right to take part in the competition for generating a new block.

The slot leader selected by the majority has the right to build a new block from the transactions announced by other participants in the network, there are three groups of nodes, Core nodes, Relay nodes & Edge nodes, Core nodes can be chosen as stake leaders & can generate new blocks, but they never validate payments.

Relay nodes can’t be chosen as stake leaders, they can’t process payments, they are only under the control of the initial stakers, Edge nodes are the most widespread type of node, Everyone can run them on the computer, they take part in the transaction validation process, but they can’t become stake leaders, and can only communicate with relay nodes.

Cardano shows great promise, Three successful global organizations, including the Cardano Foundation, Emurgo, and IOHK have joined to issue a revolutionary new project to change the financial system as a whole, At this moment, the founders of Cardano ADA have issued the browser wallet Icarus, the Daedalus Wallet with extended opportunities and benefits, and Yoroi, a high-client desktop wallet.

The payment system processed more than 70,000 transactions during the first year, In spite of all the risks, founders have released Cardano and continue to implement the projects and features mentioned in the roadmap, The team will focus on providing services that can solve a significant number of problems in the cryptocurrency world, In terms of all successfully-implemented projects and developed wallets for users of the Cardano coin, experts predict growth in Cardano’s price up to May 2019.

The digital currency has made significant progress since its introduction in September 2017, The ADA increased in value by 1,520% in four months and reached a market cap of about $18 billion, the ADA is trading at $0.1590 with a market cap of $4.7 billion and a trading volume of $90.08 million.

Most of the price predictions for Cardano are speculative at best, as the company promises that it will produce and spread an ATM network across Japan, This development promises significant real-world applications of the digital currency, According to statistics of Smartereum analysts, the ADA will increase by over 8,000% as its value is over the 15 cents mark.

Cardano is a new but underdeveloped cryptocurrency with significant prospects if the development team manages to sign more important agreements on the real-world application of their technology, Cardano is working hard to address the biggest crypto space challenge, the creation of a scalable network, One of ADA’s main goals is to provide affordable payments to 3 million people who are lacking access to banking services, Cardano network has to cope with such enormous traffic.