Neo is launched in 2014, Market capitalization is $5.2 billion, Neo is China’s biggest crypto­currency, NEO is a smart-contract platform with goals similar to Ethereum’s, It has a consensus protocol called delegated Byzantine fault tolerance that allows for 10,000 transactions per second, compared with Ethereum’s 15, but NEO is very centralized, and it is not clear if this will ever change.

NEO means new in the Greek language, It is an open-source, a community-driven platform that utilizes blockchain technology for decentralized applications through smart contracts, NEO is the first public blockchain project initiated in China.

NEO was formerly known as “Antshares” when it was launched in China in 2014 by Da Hongfei, and Core Developer Erik Zhang, In June 2015, NEO was open-sourced on GitHub and its main network (MainNet) of the blockchain platform was later launched in October 2016, so, it was rebranded to NEO in June 2017 in its vision to realize a “smart economy”.

Although it is dubbed as the “Ethereum of China“, NEO uses the Proof-of-Stake (PoS) consensus algorithm called Delegated Byzantine Fault Tolerance (dBFT), This current consensus mechanism was recently updated to DBFT 2.0 to make the NEO network much more stable. 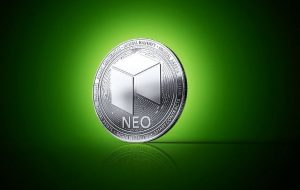 Smart economy consists of digital assets, digital identities & smart contracts, Smart economy is one of the selling points of NEO, It is entirely different from what other cryptocurrencies have to offer, especially Ethereum, By using smart economy, it will be possible to digitize physical assets on the blockchain, Once digitized, they can stay on the blockchain and enjoy benefits such as decentralized, transparent, trustful, & traceable, and anyone can register an asset.

Digital identity is a way of registering any organization, individuals or other entities that can own an asset, It is powered by a system known as Public Key Infrastructure(PKI), To enable the whole infrastructure to work, developers can use smart contracts, Unlike Ethereum, creating smart contracts on NEO doesn’t require you to learn a new programming language, so, any developer can get started & build a smart economy on NEO platform.

The ability to use any programming language is done thanks to the NEO’s Universal Lightweight Virtual Machine, It is also known as NeoVM, The virtual machine offered by NEO platform is efficient, certain & scalable, NEO supports DApps development, GAS is the most beneficial advantage of NEO platform, It can be defined as the NEO’s asset pairing, So, NEO holders will receive GAS, It is a dividend that is paid for holding NEO, It is distributed according to a formula, If you have NEO in your wallet, you will get GAS every day.

If you hold 100 NEO, you will get 0.03411 Gas per year, the price of GAS has increased over the past few months, making it an excellent incentive for holding NEO, A platform can only be successful if it has great projects running on it, there are plenty of good projects on the NEO platform, All these projects add value to NEO in its way.

NEO has a deep relationship with OnChain, They have a similar intention when it comes to a solution, NEO works as a foundation stone for DNA (Decentralized Network Architecture) — the OnChain’s system, NEX is a promising NEO-based project, It is a decentralized exchange & payment solutions on NEO, Its pre-ICO process of registering people has started, and the main sale is slated later this year.

The NEO blockchain is characterized by a number of positive qualities, Unlike Ethereum’ s POW that is very energy-intensive & expensive, NEO uses the unique & newly developed dBFT consensus mechanism that is considered to be far more energy-efficient than most of the older protocols, This feature seems to have given the NEO blockchain an edge.

The NEO network it is capable of processing at least 10,000 transactions per second, This high speed has boosted the adoption of the cryptocurrency, Being China’s biggest cryptocurrency, NEO has strong backing from the Chinese government & support from institutional investors that have ensured the longevity of the platform, developers can write smart contracts that can run in many common programming languages on NEO, like C+ and Java and Python, so, NEO platform is easy to use for blockchain developers.

Although NEO is more popular in Asia because of its Chinese root, it is relatively unknown in the English-speaking western world, NEO is faced with big competitors like Ethereum and EOS that that already have loyal followers in the crypto community with an established reputation, Since new competitors are coming up and then, NEO must fight to win.

Although NEO is supported by a very strict governmental system of China, NEO’s technological decisions may be politically influenced, NEO is very much centralized and about half of all cryptocurrencies are in control of the developers and it is not clear if this will change in the near future.

Is neo a good investment?

NEO was among other cryptocurrencies that performed poorly in 2018 as its price tanked along in September & October 2018, because of their strong position in China, they are worthy of being considered as an investment, While it is supported by the Chinese government, it is now being eyed by institutional investors, The coin is gaining popularity because of its speedy transactions, When the crypto market starts moving, we wouldn’t be surprised if NEO is the top performer.

For many cryptocurrency supporters, the dBFT algorithm is used in achieving consensus is hard to understand as it is complicated, While it remains confusing, it is used by Binance, one of the largest cryptocurrency exchanges, This is because; dBFT can effectively combat unreliable participants on the blockchain network.

The dBFT consensus algorithm is based on the PBFT (Practical Byzantine Fault Tolerance) algorithm, it is used in determining blocks that are valid and then allowing their transactions to be processed faster, The system is comprised of trusted nodes that commit to a block once they interact with it, elected delegates who add new blocks, and a randomly chosen speaker who proposes new blocks.