Ripple is a platform & a currency, The Ripple platform is an open-source protocol which is designed to allow fast & cheap transactions, Unlike Bitcoin that was never intended to be a simple payment machine, Ripple is going to rule all the international transactions worldwide, The platform has its own currency (XRP) but also allows everybody to use the platform to create their own via RippleNet.

Ripple (XRP) is composed of two separate components: XRP and RippleNet, XRP is considered a cryptocurrency, while RippleNet is a payment network designed for enterprise, It was built to allow banks and other institutions to transfer money and assets across borders more quickly and with lower transaction fees.

Ripple is an open-source protocol, It is used as a distributed peer-to-peer payment system in banking and finance, The interesting thing about Ripple is its currency independence, a transaction in the Ripple network can be processed in any currency imaginable.

Ripple wants to solve a fundamental problem in the international monetary system, because complicated currency exchanges lead to high fees, especially for transactions across national borders, and banks must remain constantly liquid and have so-called Nostro accounts in the receiving countries. 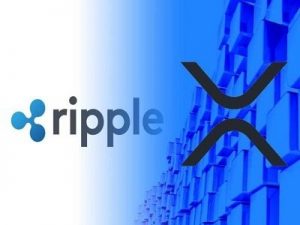 Ripple was created as a payment solution using blockchain technology to transform how digital transfer systems operate, By removing or minimizing many of the costs of global payment transfers, and operating in real-time rather than with delays and lengthy payment processing times, Ripple aims to facilitate fast, seamless international payments.

Major banks and institutions like Santander have partnered with the Ripple network to bring instant international payments to users around the globe, even integrating Apple Pay support, Ripple’s attraction to investors is its ability to act as a common currency that can support other transactions, Ripple is one of the few cryptocurrencies that have excited more mainstream, established financial institutions, the potential of Ripple for global trade is huge.

Gateways operate in the network and take on the role of intermediaries, These have the function of an intermediate station that receives an incoming payment and forwards it accordingly, The transaction can run over several gateways, This is even the rule, especially in the case of a currency change, As soon as a transaction in the ripple network runs across several gateways, the borrower’s notes (IOUs — “I owe you”) are created that must be settled by the subsequent party, This allows transactions to be quickly routed through the network without having to wait for the IOUs to settle.

It is a network of institutional payment-providers such as banks & money services businesses that use solutions developed by Ripple to provide a frictionless experience to send money globally, The platform allows to make payments in any currency including Bitcoin and have a minimal internal transaction commission of $0.00001, that’s the right amount of zeros, The only reason it’s not free is to prevent DDoS attacks.

It is a token used for representing the transfer of value across the Ripple Network, The main purpose of XRP is to be a mediator for other – both cryptocurrencies and fiat – exchanges, The best way to describe XRP is a ‘Joker’, Not the creepy Batman enemy, but the card that can be any other card, If you want to exchange dollars to euro, it can be dollar with dollars and euro with euros to minimize the commission, the transaction cost on Ripple is $0.00001.

The XRP token is used to process the transactions, It serves as a bridge currency in the Ripple network, XRP is the only coin used in RippleNet, it would theoretically be possible for banks to create their own coins and use them in the network.

The Function of the XRP Token

The XRP tokens are used for currency balancing & payment of transaction fees, Each transaction is subject to a fee of 0.00001 XRP, that is destroyed and no longer available, This is to avoid spam attempts in the highly frequented RippleNet, the transaction fee is referred to as 10 drops, A drop is the smallest unit in relation to the XRP token, XRP is not mined, but is already fully distributed, A total of 100 billion XRP were issued, of which 63 billion are owned by RippleLabs, The XRPs held serve to finance the project and network.

We don’t need to have XRP to use the Ripple network, Financial institutions can use the network with fiat currency, but XRP can be used to reduce costs, Ripple Labs are set to gradually release 55 billion XRP into the market over 55 months, They have opted to do this gradually to avoid flooding the market & causing prices to crash, Ripple Labs present three main products which are xCurrent, xRapid & xVia, They are used to process payments, source liquidity & send payments respectively.

Ripple can act in its final stage as a universal translator of any currency, It enables quick lending and borrowing of money amounts, It has almost forgery-proof, It offers fast transactions within seconds, It is open standard, It presents loans by IOU (a type of promissory note), It has simple connection of payment networks, It offers many new possibilities due to maximum compatibility.

Many people have expressed worries about the future of cryptocurrencies due to concerns about regulation, As Ripple works hand-in-hand with some of the world’s largest financial institutions, it’s less likely to be affected by this, Ripple isn’t competing with other currencies like Bitcoin, it’s complimenting them by encouraging the adoption of blockchain technology in the mainstream financial world.

Ripple has a few drawbacks that you should keep in mind: Ripple is pre-mined, there exist little or no incentives for common nodes to work in the network, that leaves the corporates such as banks to offer the validator nodes, so, only a few nodes are needed to run the network, it is not really distributed, Ripple comes with the same risks as any other cryptocurrency, so you should invest only what you are prepared to lose.

Ripple not only had positive developments to report but the company behind the protocol was often criticized for various business practices, it is stated that although the company promised to pass on a large proportion of the XRP to the users of the network, so only small amounts have been transferred.

Centralization is one of the goals of the cryptocurrency movement is to decentralize currencies, Ripple doesn’t align to this as the company owns 60% of all XRP, Ripple doesn’t have broad, appeal apple has limited daily-life use as it is designed only to be used by large financial institutions, This is considered a drawback by many would-be investors and could potentially limit future growth.

Another common theme of cryptocurrencies is that they’re distributed, As there is no mining needed for XRP, corporate institutions like banks operate as validator nodes, Ripple isn’t distributed like other cryptocurrencies, Ripple hasn’t prioritised privacy and anonymity like many other currencies have, such as Monero.