Visual Basic is an excellent platform for writing a client or web application that accesses a database, It is Microsoft’s proprietary programming language, Because it is a Microsoft product, it is difficult to move the programs written in Visual Basic to other kinds of operating systems.

There are some types of Visual Basic that can function on different types of operating systems but they still differ in some respects from the original version of the programming language.

You can develop Windows-based applications and the games with Visual Basic, and you can find the answers to your programming problems much more easily than other programming languages.

There are many useful resources such as the books, Web sites, Newsgroups and more that can help you learn Visual Basic, It is easy to use and easy to learn, and It is so popular. 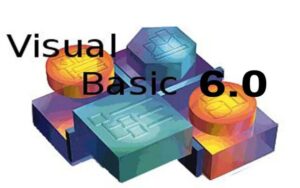 Visual basic provides a comprehensive interactive and context-sensitive online help system, and the structure of the basic programming language is very simple, It is not only a language but primarily an integrated, interactive development environment (IDE).

Visual Basic IDE has been highly optimized to support rapid application development (RAD), It is particularly easy to develop graphical user interfaces and to connect them to handler functions provided by the application.

The graphical user interface of the VB-IDE provides intuitively appealing views for the management of the program structure in the large and the various types of entities (classes, modules, procedures, forms, …).

Visual Basic is a programming language offering general ease of use combined with ease of implementing a graphical user interface, It is relatively simplistic and therefore limited in function compared to more advanced.

Visual Basic is a GUI-based development tool with graphical aspects that requires a significant amount of space, It requires a great deal of memory for initial installation and in order to function efficiently after installation.

Visual Basic is a powerful language but it is not suited for programming, It is much slower than other languages, It is a proprietary programming language written by Microsoft, so, The programs written in Visual basic cannot easily be transferred to other operating systems.

There are some fairly minor disadvantages compared with C, C has a better declaration of arrays, It is possible to initialize an array of structures in C at declaration time, this is impossible in Visual Basic.

More memory space is required to install and work in Visual Basic as VB is GUI based development tool,  It contains Graphical components that need more space, Visual Basic is not very useful for making programs that use a lot of processing time such as the games.

The applications which are developed in Visual Basic are working only on Windows Operating systems only, and it is mostly supported only for the database applications and the graphics.

What are the advantages and disadvantages of Microsoft Word?

Advantages and disadvantages of PowerPoint skills