Android One phones have better performance, The UI is very fluid, your things like navigation on Google Maps run more smoothly on Android One smartphones, It is a pure version of Android available on many smartphones such as models from Nokia, Motorola, and the HTC U series, Android One launched in 2014 with the goal of providing affordable Android devices to emerging countries, such as India, but has expanded to mid-range phones available around the world, including the U.S.

Android One provides manufacturers with a set of device specifications to choose from, It is a program from Google, It is a means for manufacturers to offer a much better Android experience in inexpensive and easily affordable smartphones, you can get devices that are in a way certified by Google as the best Android can offer in the given price range.

Android One has been released for a group of Android smartphones which are introduced by Google with low price, the first devices on Android One run on a ‘stock’ experience, It is designed with a cohesive look and feel that makes for an intuitive experience, but compared to some of the more onerous user interfaces in the past, so everyone can have good Android smartphone with average requirement by Google.

This Android One project phone can be developed by any brand at any country, but that company have to follow minimal requirement and follow specific rule by Google, Google always try to collaborate with several companies, so, many companies will be happy to support and help to introduce Android and Google service at their advertising as well. 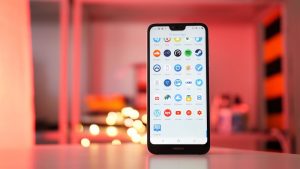 Android One has the full suite of Google Apps, It is optimized for Google Assistant where available, It has no bloatware (aka pre-installed apps that aren’t removable), It comes with regular security updates, at least two years of Android OS upgrades from the point at which the phone was originally released, and it has Built-in Google Play Protect security software.

Google Play Protect can scan your devices and its apps regularly to check for malware and other issues, It offers the Find My Device feature, which allows you to track down a lost phone, it can call it from a web browser and it can erase its data if needed, Android One comes with longer battery life, It is similar to the Nexus project, it can get privileges of Android Native Applications like Google Assistant, Google Lens and some other more, and joint with Google Android One Family users.

Android One is designed to bring affordable Android phones to the masses, It is Google’s platform,  Now, it has expanded worldwide to all markets, Android One is a stripped-down version of Android that’s as close to stock Android as possible, So, the essential Google apps installed, and very little else added to the phone’s software.

Android One promises to be both a streamlined, bloat-free version of the operating system, as well the most secure thanks to regular security updates, Security updates on non-Pixel or Android One devices are delayed by months as they roll through testing, which isn’t ideal at a time when taking care of personal data is a top priority.

Android One phones are much more like Pixel devices, marking a closer collaboration between Google and a phone-maker, it can guarantee a certain level of security maintenance, monthly security updates are to be supported for at least three years after initial phone release, which is a vast improvement over many Android phones.

Monthly security updates can protect your phone from the vulnerabilities that arise as hackers devise ever more intricate ways to steal your data, if you use Android One, you will as secure as a Pixel phone, without having to pay the Pixel’s ever-increasing price tag, Android one has a proper understanding of any accent, so, when you use google translator, the app will recognize the exact word.

Android One phones receive full OS updates, Android One phones like the Nokia 7.1 and Motorola Moto One should receive updates quicker than alternatives due to using a stock Android interface that requires little customization, the Moto One has Active Display, that makes the clock and notifications display a pop up when you pick the phone up while in standby, as well as shortcut gestures.

Android One phones come with stock software, they are allowed slight tweaks that add to, rather than fundamentally change, Some custom Android interfaces put extra strain on a phone’s processor and RAM if they’re not optimized, That’s poor software optimization at work, Android One become more powerful than before, Google starts to improve smartphone performance who want to use pure Android One operating system.

Android One OS offers many benefits for Android users because Android One is pure Android operating system without any bloatware or any other 3rd party applications, we can have more storage to install only important applications from Google Play Store, According to Google, the Google Translate feature has been updated for a better translation, as well.

Android being an open-source allows manufacturers to dump in their own stuff which will slow down the device as the day passes, The benefit of buying Android One smartphone is, it can run on stock Android, Any device that runs on stock Android will consume less RAM and so, more RAM available for other tasks.

It prioritizes the background applications in order to utilize the battery, New & efficient algorithms perform best RAM management, Which gives a long-lasting battery experience, Google also constituted their AI, Known as “Google assistant,” Android one google assistant assists you in almost every work, Just tell it to do anything, and it will be done, You can play music, set reminders and get directions.

Android One doesn’t support themes by default, Wallpapers are the main way to alter the look to your liking, Android One has an opaque apps page, arranged as a single vertical scroll, Android One phones don’t come with unwanted preinstalled apps, commonly called bloatware, There are no installs from third-party developers like Amazon or Gameloft, which are sneaked on as the app equivalent of an advert.

Android one comes with hardware issues, Phones seem to be running slow especially on Snapdragon processors, that is not up to mark, Quality is not good, However, it is a budget phone any many Indian companies manufacture it, but, It does not look premium, Which is one of some disadvantages of Android one, Android One phones don’t have a bunch of manufacturer or carrier software customizations.

Android One is cheap and made of full of plastic, Also, it doesn’t look premium, The hardware which Android One smartphones carry is less than what we saw on recent device launches, Android One will have a tough task ahead, Devices are highly specced and costs similar to this smartphone, This will surely play a huge role in choosing a budget-friendly smartphone, Android One is not much more than stock Android, so, there’s very little extra added software to slow your phone down.