Android Oreo is the 15th version of the Android mobile operating system, It is released in August 2017, Google has released the latest member of its Android OS family “Oreo”, so, The new Android 8.0 will officially be called “Oreo”, Android Oreo has plenty of features that make it a must-download, It supports two main platform features: Android Go is a software distribution of the operating system for low-end devices and support for implementing a hardware abstraction layer.

Android 8 Oreo contains integrated support for picture-in-picture modes (supported in the YouTube app for YouTube Premium subscribers), This feature enables you to run a video activity in any pinned window while you continue with other activity in the background of your device, It is the most amazing multitasking feature, With the new feature, you don’t need to close one app to work on another.

Android 8 Oreo comes with impressive Emoji, It supports Google play protect, It saves battery Life, it can add font and download fonts, The Settings app features a new design with a white theme and deeper categorization of different settings, while its ringtone, alarm and notification sound settings now contain an option for adding custom sounds to the list. 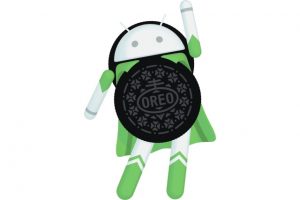 Oreo comes with a new feature of Notification Snoozing which lets you to “snooze” your notification like snoozing an alarm clock for a certain amount of time, from 15 minutes to 2 hours, Notification dots feature allows visual dot indicators above the app icons whenever the app have pending notifications, The dots will be colored-coded to that of the app icon.

Android Oreo supports automatic scanning of Google Play Store & sideloaded apps, it offers features as well as Find My Device higher prominence in the security menu of the settings app, As opposed to a single, system-wide setting for enabling the installation of apps from sources outside of the Google Play Store, this function is implemented as a permission that can be granted to individual apps.

It offers a much faster speed, Oreo is twice as faster than the previous version, Oreo automatic limits on app background activities, so it can increase device performance and battery life, This action has helped to reduce energy consumption, making your device battery life last longer, Some of the background apps include implicit broadcasts, background services & location updates.

Google integrated Autofill APIs within the Android Oreo which will remember the credentials and automatically fills the username & password on typing in the first word of the username, So after this update, there is no need for password managers now, When you log in to your device, Google will ask if you wish to save this entering simply click YES, and it will be saved, So, in the next log in, you will not be required to type in your logging in info again.

You can do your tasks more quickly with 2x boot speed, Google showed it in a test on its Pixel 2 that the device takes half the time as compared to Android 7, Android Oreo manages your background running apps and has increased automatic limits for them to avoid unwanted battery and memory usage, thus increasing the battery life and speed.

Android Instant Apps is a feature that enables you to use an app without needing to download it on your smartphone, just find the app on the Play Store & click the ‘Open App’ button, This enables you to jump to a specific activity within an app you haven’t installed yet, simply by tapping a URL.

Android 8.0 Oreo supports Wi-fi Aware feature (Neighborhood Aware Networking — NAN), the smartphones with Android 8 allows apps and devices to find, connect and share data with each other directly without any internet access or cellular data, Wi-Fi Aware API will give the developers an opportunity to create cool apps that are based on communication between nearby devices just like Share it.

The Android update released by Google is currently in beta version, so it may have many bugs, Fewer smartphones are getting the Android Oreo update but still many smartphones can’t get this update, There are only 0.5% of the smartphones running Oreo on Dec 12, 2017, Older devices running on Android Lollipop and below can’t be upgraded to 8.0 oreo.

However Google is going good in AR and VR field with its project Tango and Daydream View that has received very good responses, it is disappointing that the Android Oreo doesn’t have any support for AR and VR, At Google I/O, the company unveiled its Google lens, The AR information overlay which can offer information about anything, it can see through the camera, Most of us hoped it would roll out with Android 8.

With Android Oreo, the background theme of notification bar will be white which has received various negative feedback, So, it is very annoying to use it in a dark surrounding, Picture in picture is limited, Android Oreo is receiving complaints about update failures and many other issues regarding Bluetooth connectivity.