The radiation poisoning is called the radiation sickness or the creeping dose, It causes damage to the organ tissues due to the excessive exposure to the ionizing radiation, It is used to refer to the acute problems caused by the large dosage of radiation in a short period, though this also has occurred with long-term exposure to low-level radiation.

Many of radiation poisoning symptoms occur as the ionizing radiation interferes with the cell division, There are numerous lethal radiation syndromes including the prodromal syndrome, the bone marrow death, the central nervous system death and the gastrointestinal death.

The prodromal syndrome is not the diagnosis but the technical term used by the mental health professionals to describe the specific group of symptoms that may precede the onset of the mental illness, For example, the fever is prodromal to the measles, It means that the fever may be the risk factor for developing this illness.

The bone marrow death is characterized by the part of the bone marrow that makes the blood being broken down, So, The production of the red and white blood cells and the platelets is stopped due to loss of the blood-making stem cells.

The platelets loss greatly increases the chance of the fatal hemorrhage, while the white blood cells lack causes the infections , the fall in the red blood cells is minimal and only causes the mild anemia. 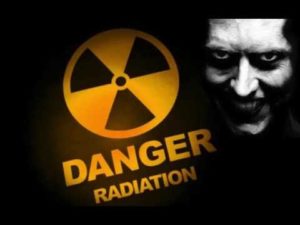 We know that certain body parts are more specifically affected by the exposure to different types of radiation sources, The factors that are involved in determining the health effects of exposure to the radiation include the dose size, The radiation ability to harm the human tissue and the organs that are affected.

The absorbed dose is measured in units called rads, The rem or roentgen is another unit of radiation, The hair lose quickly occurs with the radiation exposure at 200 rems or higher and the brain cells do not reproduce at the exposure of 5,000 rems or greater.

Like the heart, the radiation kills the nerve cells and small blood vessels and it can cause the seizures and the immediate death, The blood system is affected by the radiation, It will be more susceptible to the infection and it is called the mild radiation sickness.

The early symptoms of radiation sickness mimic those of flu and they may go unnoticed unless the blood count is done, The symptoms may persist for up to 10 years and they may also have an increased long-term danger of leukemia and lymphoma.

The heart is affected by the radiation, The intense exposure to the radioactive material at 1,000 to 5,000 rems would do immediate damage the small blood vessels and it probably causes the heart failure and the death directly.

Reproductive Tract is affected by the radiation because the reproductive tract cells divide rapidly, Long-term, some radiation sickness victims will become sterile.

Infectious diseases resulting from nuclear attack, Although not caused by the radiation, one of the long-term effects of the nuclear war would be the massive increase in the infectious diseases caused by the fecal matter contaminated water from the untreated sewage, the crowded living conditions , the poor standard of living  and lack of vaccines in the aftermath of a nuclear war.