Advantages and disadvantages of Windows 8

Windows 8 is the latest version of the Windows operating system after Windows 7 which comes with the improved file system, security components, network stacks, drivers, media, and graphic support, and it supports high-resolution graphics and multi-core CPUs.

Windows 8 has Internet Explorer 10 as a built-in web browser for improved web accessibility, the main features of Window 8 is the app platform with touch screen input, Apps can be downloaded from the Windows Store.

Windows 8 improved the internet explorer by adding the new features and making the browser work faster, and In Windows 8 there are two available browsers where one works in desktop screen and other as a metro app, and the latest version of Windows Internet Explorer is Internet Explorer 10.

The load and boot up speed have improved considerably over Windows’ predecessors, This is moderately due to the enhanced resource allocations to the applications and the system, When compared to Windows 7 desktop CPU, Windows 8 has an even speedier boot time. 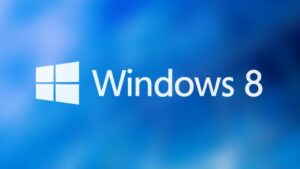 There is one feature that offers the most handiness to the users, Windows to go allows the users to make a copy of their OS whole with their settings, wallpapers, files, and even apps, into a USB thumb drive, plugged it into another computer with Windows 8 already installed, and you can boot up the PC and make it look accurately alike the OS you normally use, with all the settings intact.

The safety is the main concern for any operating system, Windows 8 makes the best of security, The authentication method of the windows is provided by two ways by PIN and the picture passwords, Windows 8  is the most secure version of Windows yet.

Windows defender and also the smart screen filtering makes Windows 8 operating system to run without antivirus from the third vendors and booting is also secured.

Windows 8 operating system provides apps in windows store, Various apps can be downloaded from the windows app store from the music player to the games, the application can able to run in both touch and mouse input, The application can run in full-screen mode but if you want to minimize, It can be docked into the side of the screen.

Windows 8 has the innovative and energetic desktop, the tiles-based interface, or the Metro UI  will be the first thing you see upon logging in to Windows 8, the UI seems to go by instinct with the touchscreen devices like the tablets and the smartphones,  you tap on those apps to open them, The grid layout seems to ease such interactions, You can customize your grid by adding and arranging the applications.

It supports the low-power ARM architecture, It has advanced security features such as antivirus capabilities and supports secure boot, It has short boot time, Windows 8 boot time takes less than 8 seconds which is much shorter than its earlier version.

One of the main features of Window 8 is the app platform, Windows Store has a number of apps that are built for Windows 8, and Windows 8 also supports Near Field Communications (NFC) printing. A technology that can aid in the financial transactions digitally.

The new Windows 8 will supply Windows Live syncing, So, the users can log in on any Windows 8 PC with Live ID and get back their own personalized settings on it, The desktop will look the same every time the user log in on a PC with their Windows Live account, Migrating to a new PC is most likely made easier when the user has all the important settings synced.

Windows 8  is very cheap as the cost of Windows 8 is cheap compared to few earlier versions, You still have the desktop there, and all the programs you used to do can be still performed with some improvements.

There is no antivirus for Windows 8, only windows firewall and internet security (but available for win 8 pro), and Apps works only in the full monitor by occupying the full face of the monitor, No side apps can be run while we are using the apps.

It is very difficult to move between the screens, there is no option to turn the tiles into the icons, the tiles causes a crash, The tiles interface looks nice when you have only limited apps, as you start adding more and more apps, the interface starts looking like a jumbled puzzle.

The modern interface of Windows 8 looks pretty but it takes some time to get used to this interface, the absence of a start button really rankles, Also switching between the two interfaces – Metro and Aero become tedious after some time, Metro is able to work well on the tablet but the UI is not very compatible when used on the desktop, Metro multitasking is limited to 2 application only.

Another disadvantage of Windows 8 which is the Metro multitasking, In Windows 8, in the Metro interface for tablets, the screen display two applications are lined.

Metro interface works well on the tablets but the User Interface is not very compatible on the desktop, there is a need for some kill-switch which can turn the Metro UI off.

Windows 8 doesn’t support any flash content on Tablet PC, It has been done in order to save the battery of the Tablet, It also protects our privacy and enhances the security of the Tablet.