Windows XP is one of the most well-known computer operating systems, It comes with a wide range of useful features as it is so famous, It is vital that the company is liable and offers the best customer service and advice to the users to keep up the good name.

Microsoft Windows XP is one of the most widely used operating systems in the world even with the release of Windows Vista and Windows 7, There will be no problem or conflict between the software and the hardware, and installing the software was easy compared to the installation on other operating systems.

Windows XP can protect your email address more securely especially through Microsoft Outlook which helps to avoid the spammers getting your email address, You will now also easily be able to have Internet Explorer add-ons without the chance of a browser crash, as well as an easier method to pick up wireless Internet signals.

Windows XP helps in downloads, Before downloading an attachment, you will now be alerted to unsafe attachments that might contain harmful viruses which are specifically applicable to those using Internet Explorer, Windows Messenger, and Outlook Express, Windows XP has a security system that can be used to protect the specific folders. 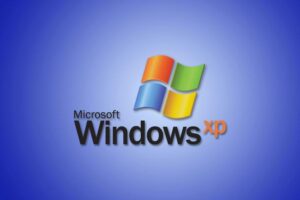 Windows XP was developed to improve on the faults and inconsistencies in the ME system but it is essentially a completely new operating system, Windows XP is a complete re-write and overhaul with a slightly modified interface compared to Windows 98 and ME, It is based upon the accredited more stable Windows 2000 and the NT platform designed for the network users.

Windows XP only requires a Pentium 233-megahertz processor with 64 megabytes of RAM which is between 3 and 6 percent of the resources used by Windows 7, Windows XP is very efficient, and common applications typically run more smoothly on Windows XP than on Windows 7, It is easy to use, and it is compatible with a wide variety of applications.

Windows XP is expensive to buy, It cannot be installed onto multiple computers because it only has a single user license, It is prone to crashing, therefore, making it unstable, and it cannot be run on old hardware.

Windows XP is a prime target for malware creators when you surf the Internet without anti-virus software, It will be very dangerous because viruses made for Windows XP can collect your personal information or they cause irreparable damage to the operating system.

Windows XP features support for only up to 4 GB (gigabytes) of system memory, So, if you want to run the applications that require a lot of system memory to function properly, If you want to install additional RAM, you will have to purchase Windows XP Professional x64 which supports up to 128 GB of RAM, or you will upgrade to a newer operating system such as Windows Vista or Windows 7.

Windows XP can not be installed on multiple computers as the product activation is limited to just one computer, If you want to install Windows XP on another computer, you will have to purchase a new license and a key code which can prove to be very costly.

Windows XP was released with a lot of drivers for hardware components at the time of its release but as of 2010, most of those drivers are outdated or the hardware they are made for are no longer in use, If you are running a computer with newer hardware, you will be forced to search the Internet or elsewhere for those drivers.

The physical software is becoming difficult to find, although Microsoft still sells a user a license and activates XP upon request, What Microsoft does not do is provide an easy mechanism for removing newer operating systems so that they can be replaced with XP.

Most games are designed especially for video cards featuring support for DirectX 10 and DirectX 11 which is a type of technology created by Microsoft to allow the games to function efficiently on Windows operating systems, Windows XP supports DirectX only up to version 9 which causes the games to look graphically less appealing when running on Windows XP and the only solution is to upgrade to Windows Vista or Windows 7.